In this country, paid family leave has been nothing more than a sleep-deprived fantasy for most new parents.  But now there's some exciting news! 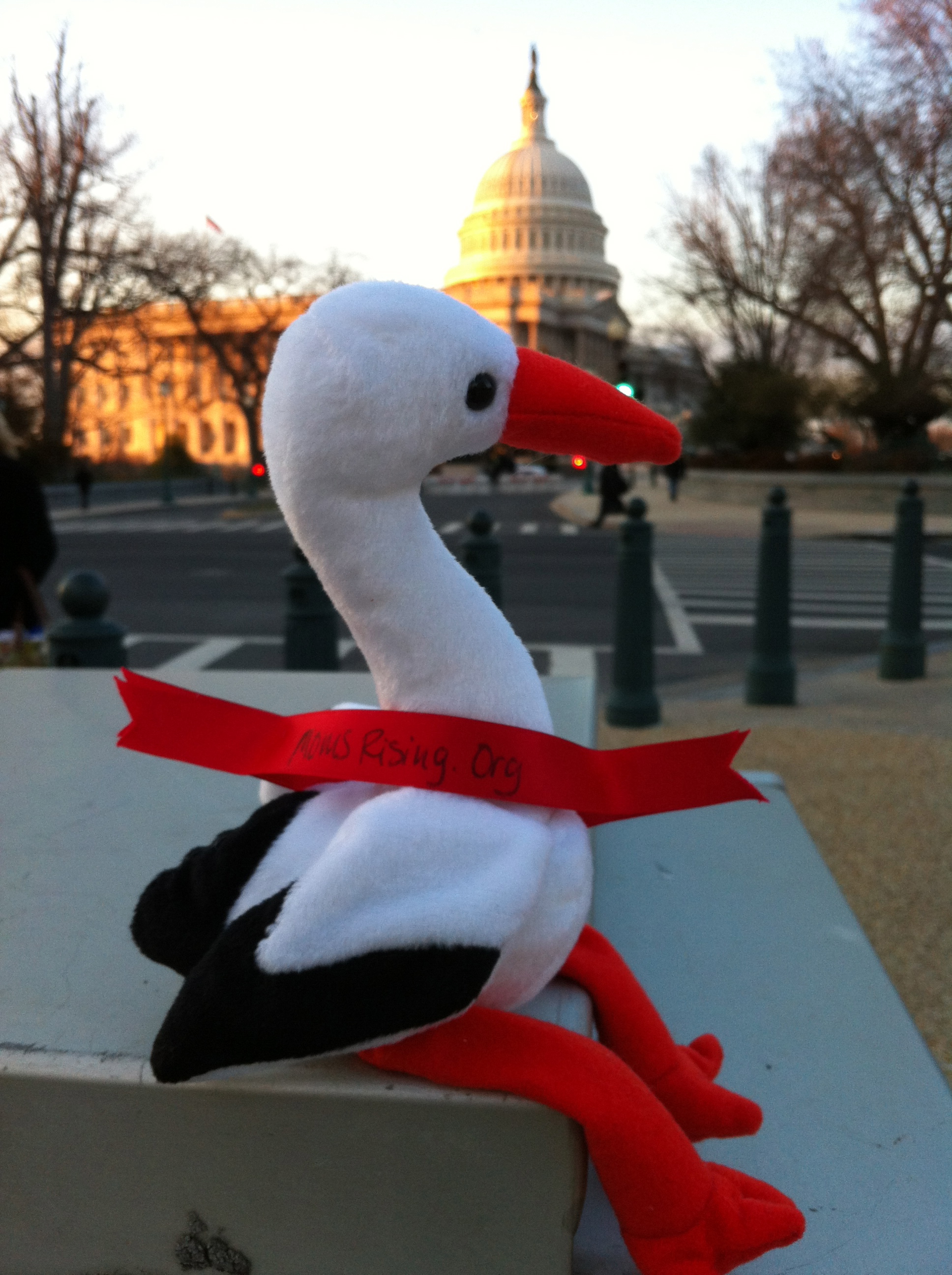 MomsRising members have been sending storks to the Hill all year and it's paying off! The U.S. Senate Appropriations Committee has approved a budget bill that includes million to help states develop paid leave programs.

For the first time ever, the United States Senate Appropriations Committee has approved a budget bill that includes $5 million to help states develop paid leave programs. But we can’t celebrate just yet: The full U.S. Senate and House of Representatives still need to vote to keep the State Paid Leave Fund in the budget bill.

Help get us closer to the finish line by urging your members of Congress to include the State Paid Leave Fund in the federal budget.

Only 11 percent of employees in the U.S. are provided any kind of paid family leave by their employers. Further, the 20-year-old Family and Medical Leave Act (FMLA) does not cover 40 percent of the workforce, and it guarantees only unpaid leave, which millions cannot afford to take. No wonder having a baby is a leading cause of poverty spells in the United States.

The State Paid Leave Fund can help by providing states with grant money to assist with the planning and start up of state paid leave programs.

Paid family leave programs are good for families, they are also great for tax payers and the economy too. Recent research from the Center for Women and Work at Rutgers shows that among new parents who took paid family leave after the birth of a child:

Just hours before the Senate Appropriations Committee voted to include the State Paid Leave Fund in their budget, Rhode Island became the third state to pass a paid family leave law, joining California and New Jersey. Both New Jersey and California are seeing great results from these programs. A 2011 study of the California Paid Leave program showed that most employers found that Paid Family Leave had a positive effect on productivity, profitability/performance, turnover and employee morale.

We need Congress to pass a budget that includes the State Paid Leave Fund so that other states will be able to get off the sidelines and begin to create programs like the ones in California, New Jersey and Rhode Island.

Between the victory in Rhode Island and the inclusion of the State Paid Leave Fund in the Senate Appropriations Committee budget we are making progress on paid family leave. We have momentum and we’ve got to keep it going!

Let’s help keep the MOMentum for paid leave going and make sure Congress knows we want the State Paid Leave Fund included in the budget.

Together we’re a powerful force for women and families.

P.S. Did you know that Monday, August 5th is the 20th anniversary of the first day that people could use FMLA? To mark the occasion, join MomsRising and our partners on Twitter for a Tweet strom to celebrate on Monday from 2-3pm ET! To participate follow us on Twitter - our handle is @MomsRising and use the hash tag #PaidLeaveNOW

P.P.S. Check out our powerful blogs about the need for paid family leave and read stories here.