Paid Family Leave in California: All is not well 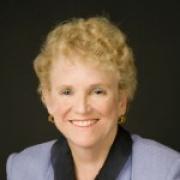 Susan Rose
Share This
Add your voice to the comments

Update: On September 24, 2013, Governor Brown signed SB 770, which will take effect of July 1, 2014. This bill will expand the definition of family for the California Paid Family Leave Act.

I wrote it in response to a Human Rights Watch report written by Janet Walsh and published in 2011 describing the lack of paid family leave programs in the United States.

Their report showed that a lack of paid leave can increase sickness and poverty for families, as well as job discrimination.

My job after reading the report seemed to be hailing California's Paid Family Leave Act, PFLA, and the positive reaction from the business community. I concluded it was time we elected more representatives who would support legislation like the California law that would improve women's work lives.

Passed in 2002 and implemented in 2004, the law provides unemployment disability compensation to employees who take time off from work to "care for a seriously ill child, spouse, parent, domestic partner or bond with a newborn baby, adopted or foster."

It turns out all is not so well with paid family leave in California.

In reaction to my article, the Labor Project for Working Families directed me to recent research that revealed pot holes in how the California law was being used.

Although awareness has increased over the years, research in 2011 by the California Field Poll showed less than 45 percent of workers in our state have adequate knowledge of the program.

In Los Angeles County, the largest metropolitan area in the state, workers have an awareness of less than 35 percent. For those with "lower household incomes and limited education" the figure is below 30 percent.

Among aware respondents, less than 14 percent of women and 7 percent of men had taken advantage of it. Fears of job loss and retaliation were key reasons.

The recession has hit women disproportionately, especially poor women, according to the Women's Foundation of California.

Since his 2010 election, Gov. Jerry Brown has cut many of the programs supporting women and children for the sake of a balanced budget. With fewer social services from the state and a reduction of employment opportunities, women fear for the loss of their jobs and economic survival.  Would retaliation occur if they took paid leave?         .

The Milkman/Appelbaum report, "Leaves that Pay," summarizes the reasons why their survey respondents who were aware of the program did not apply for paid family leave: one-third said the wage replacement was insufficient and one-third feared making their employer "unhappy." Twenty-four percent were "afraid of being fired."

We need to strategize. What can be done to educate the state work force and to encourage employees to use this hard-fought-for benefit?

The statewide California Work and Family Coalition, made up of labor and community activist organizations, spearheaded the movement to pass the PFLA and is now leading the effort to increase usage and advocate for additional legislation.

Two bills have been proposed in the California state Senate to advance the implementation of the law: SB 761 and SB 770. The former will prevent retaliation for use or attempted use of the California PFLA. The latter will expand the definition of family to include grandparents, grandchildren, siblings or parents-in-law.

Consideration of SB 761 has been extended for another year, but SB 770 has passed the state Senate and will be voted on by the state Assembly. It is expected to reach the governor's desk by September.

State Sen. Hannah-Beth Jackson, author of SB770, believes that "it is important to allow flexibility so more working people can care for their families without having to choose between their jobs and their family responsibilities."

Public-private partnerships are one idea being considered to reach unaware employees. Los Angeles needs the greatest outreach and education and is the likely region to be targeted for such an effort.

The passage of the California PFLA makes the case for ongoing feminist advocacy, but follow up and evaluation is critical for legislation affecting our lives.

Netsy Firestein, executive director of the Labor Project for Working Families, summed it up: "It's important that we get outreach and education right on California's paid family leave program as a model for the nation. When we pass it in other states and at the national level, we have to know how to implement the law as well."

Paid family leave first became an issue for me during my years as a single parent. Like many women, through the experience of trying to raise two children, find a job and ensure quality child care for my daughters, I understand how difficult it is to balance the needs of a family with the demands of the workplace. When we pass good legislation in this arena we can't stop there. We must see it through.