Out of the kitchen and into the streets! 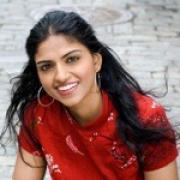 Jayaraman Saru
Share This
Add your voice to the comments

For hundreds of millions of working women across America, paycheck fairness is about the fact that, on average, women earn about seventy cents for every dollar a man makes. For the more than 5 million women in the restaurant industry, however, paycheck fairness is about that, and much more. In many cases, it’s about getting a paycheck without a sexual favor, and in lots of cases, it’s about getting a paycheck at all.

Over the last ten years since 9/11 I’ve co-founded and led a national restaurant workers’ organization, the Restaurant Opportunities Centers United. And in those ten years I’ve heard literally hundreds of stories of women in the industry not being paid fairly, being sexually harassed, or not getting paid at all. Over the last year in particular I’ve been collecting stories for a book I’ve written on the restaurant industry, Behind The Kitchen Door: What Every Diner Should Know About the People Who Feed You, and I’ve been documenting some of these horrific stories.

One of the stories in my book is that of Claudia Munoz, an immigrant restaurant worker who worked at a national pancake chain restaurant in Texas. Claudia earned $2.13 an hour, the federal minimum wage for tipped workers. Even though by law employers are supposed to make sure tips are supposed to make up the difference for workers between $2.13 and the federal minimum wage of $7.25, in Claudia’s case tips very frequently did not make up the difference. The multinational restaurant corporation she worked for told her that she should simply report that she was in fact earning the full minimum wage even though she was not; her manager told her it was her fault that she wasn’t earning enough in tips to make up the difference, and forced her to lie. Very frequently her wages were so low that they would go entirely to taxes, resulting in a $0 paycheck that read, “THIS IS NOT A CHECK.”

Most of Claudia’s co-workers at the pancake chain restaurant were women. In later reflection on her time at the Houston restaurant Claudia realized she didn’t even have it as bad as other women in the restaurant. “You know I think my experience in Austin hadn’t shown me what working in the restaurant industry was like. But working in Houston definitely showed me. In Houston there were lot of older people - women in their 50’s, They had children, families, some were single mothers. It became more real. People were always really bitchy and feisty. For them, this was it. It was their job. For me, I was in college. I knew there’d be something else eventually. For them this was everything they had. When a table was not assigned to them, they took it personally, they got in your face about it. They had families, and $2.13 plus tips was all they had for themselves and their families.”

Earning $2.13, Claudia and her co-workers could not really afford to eat much, and were often hungry. In fact, servers in America – who are 71% female – use food stamps at double the rate of the rest of the American workforce. To tide over their hunger, Claudia said the women at the pancake restaurant would feel compelled to flirt with the manager and cooks to get food to eat. This was a story I’d hear over and over again – women in the industry feeling compelled to flirt or do a sexual favor to get by. One woman described a restaurant in which the manager compelled each woman to give him a full kiss on the lips in order to receive her paycheck each week.

So – whether or not it was true that Herman Cain sexually harassed his co-workers while leading the National Restaurant Association, it certainly is true that the restaurant industry should be targeted as one of the worst culprits on Paycheck Fairness Day – for giving women less money in their paycheck than men, for forcing women to engage in sexual favors to earn their paycheck, and in many cases, for not giving women a paycheck at all.

In fact, one thing we know for a fact is that Herman Cain is responsible for one huge part of the reason that women earn less than men in the restaurant industry. Back in 1996, Herman struck a deal with the Democrats in Congress, saying that the National Restaurant Association would not oppose a raise in the overall minimum wage as long as the tipped minimum wage stayed frozen at $2.13 forever. Since women constitute 66% of all tipped workers earning the subminimum wage of $2.13 but only 48% of non-tipped workers earning the regular minimum wage, this lower minimum wage is essentially the women’s wage in the industry. While gender inequality in other industries is mostly a matter of private employer discrimination, in the restaurant industry it’s a matter of law.

This Paycheck Fairness Day, use the power of your fork to take a stand for the 5 million women in the restaurant industry. Every time you eat out, let the manager or owner know that you want to see the restaurant pay women a fair wage, which means providing tipped workers (servers and bussers) with a base wage of at least $5 and hour, and that you don’t support any form of sexual harassment against women in the industry.

This Paycheck Fairness Day, we at ROC are campaigning to demonstrate that we – workers, consumers, and responsible employers - have at least as much power and voice as the National Restaurant Association, and in demanding that the outrageously low tipped minimum wage for women in the restaurant industry be raised immediately. We’re holding actions on Capitol Hill, and we’ve also created a facebook page called “Raise2.13” and we’re asking everyone to “like” it - www.facebook.com/RAISE2.13. The National Restaurant Association has 10,000 “likes” on its facebook page; we seek to beat their numbers on “Raise2.13”, to demonstrate our universe is larger  - the universe of those of us who believe in gender equality and decent wages and working conditions for the millions of women like Claudia who cook and serve our food.