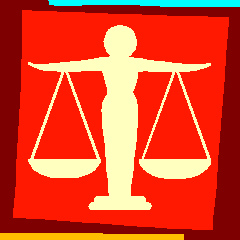 Our Hand on the Scales of Justice: Bringing Balance 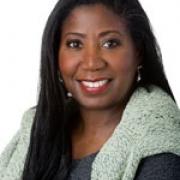 Diann Rust-Tierney
Share This
Add your voice to the comments

Some people are losing hope that we will ever overcome some of our nation’s most troubling social and political challenges.  But there is hope. The answer lies in ensuring that policymakers and policies reflect the full cultural, ethnic, racial, gender, religious, spiritual and political diversity which is our nation’s strength.

Most desperately needed is the perspective of American women.

One example is the question of capital punishment. In nearly every survey taken on the issue, there is a consistent “death penalty gender gap” showing that women are more likely to oppose the practice.

Last month, two intellectually disabled African American men, who’d been sentenced to death 30 years ago for murder, were exonerated and set free. Thirty years in a jail cell for a crime they didn’t commit. Their case should have closed the book on the idea that government has the right – or competency – to exact death as punishment. Yet state officials in Oklahoma continue the search for better ways to kill prisoners despite a track record of mistakes and missteps.

As emotions continued to run high after the Ferguson, Missouri shooting of an unarmed African American teenager by a white police officer, Missouri Governor Jay Nixon executed an African American man who had been sentenced to death by an all-white jury.

In a statement announcing his decision to proceed with the execution, Governor Nixon made no mention of concerns about unfairness in the case.

Here is the bottom-line:  We cannot kill our way out of our problems.

We have to prioritize binding up those who are hurt and reject the failed formula of inflicting more and more suffering on people with harmful repercussions for our communities.

We have to focus our energies, attention and yes, resources on those bedrock things that will keep our communities safe. We have to take responsibility for and hold policymakers accountable when more resources and attention are paid to failed policies than the things we know will work: better healthcare, family counseling services, excellent and affordable childcare for all, and fair wages.

Register to vote and vote. Vote your values. Vote for candidates who support those values—and reject those who don’t.

It is said that women hold up half the sky. Our varied and authentic perspectives must be reflected in the body politic. We must honor and respect our work and influence in our homes and harness our full power and influence in the boardrooms and corridors of traditional political power.

It begins and ends with political engagement. Vote and ensure that your friends and families register and vote as well.