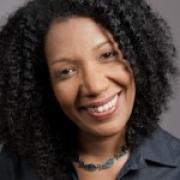 Lisa Harper
Share This
Add your voice to the comments

In the third chapter of Genesis, after the proverbial “Fall” of humanity, two brothers stand in a field. Cain is a farmer—Abel, a herdsman. Both bring offerings from their labor to God, but Abel brings his first fruits, so God looks on Abel’s offering with delight. In a jealous rage Cain rises up against Abel and kills him. This is the first recorded murder in the Bible. (Genesis 4:8)

I will never forget walking onto the National Mall early on the morning of April 11, 2013. As I approached a mass of people and television cameras between the Washington Monument and the Capitol Building I was overcome by the sight of more than 3,300 crosses and other religious symbols rising from the heart of our Capitol city. They represented the graves of all the people who have died by gunfire since the December 14, 2012 shooting massacre at Newtown, Connecticut. It was profound. It was overwhelming.

That morning inter-faith leaders from across the nation gathered before a gaggle of news cameras on the National Mall to launch a 24 hour prayer vigil as the Senate began debate on a series of gun control bills that would expand background checks, ban assault rifles, and ban high-capacity gun magazines. The pastors, imams, rabbis and other faith leaders stood in the midst of the sea of mock graves and called on Senate legislators to listen to the blood of our nation’s slain brothers, sisters and children crying out to God and to lawmakers from the dust.

God listened, but one week later too many lawmakers closed their ears. Despite the fact that over 90% of Americans support common sense measures to reduce gun violence, a majority of Senators voted for expanded background checks, but the bill still fell two votes short of the 60 votes needed to bypass a filibuster. The Senate legislation went down with a thud and the other bills went with it in quick succession.

Some thought the fight for gun control itself was buried six feet under the U.S. Capitol on that day. They were wrong.

When God hears the cries of the people, God moves. The U.S. House of Representatives has taken up the cause. On April 15 Rep. Peter King (R-NY), a hardline conservative on issues of security, introduced H.R. 1565, a bill to expand the number of gun purchases requiring background checks. Now, six months after the Newtown massacre, the bill also has potential to revive the Senate fight.

The scripture says God said to Cain, “Where is your brother Abel?” To which, Cain responded: “I do not know; am I my brother’s keeper?” (Genesis 4:9) The faithful know the answer to that hypothetical question. The answer is “Yes.” Each of us is our brother’s keeper. This is true on an individual level and also on a corporate level.

Last week, within sight of the six month anniversary of the Newtown massacre, Sojourners launched an effort for the faithful to contact their representatives to urge them to support Rep. Peter King’s H.R. 1565. This legislation is a first step in the right direction. With this legislation, our nation’s legislators can begin to lean their ears back to the ground, listen, and pass legislation that declares, “No more!” to the days of legislative complicity with the violent and needless deaths of its own slain citizens.