One year and counting!

Exactly one year ago, open enrollment in the federal and state health insurance marketplaces opened!  Honestly, this first year of the marketplaces felt a lot like the first year of parenthood. There were thrills, spills and a lot of unknowns. Thankfully, we've come a LONG way from the early days filled with technical glitches and confusion.

Here are five reasons to celebrate this 1st anniversary milestone and to look forward to many more years of making health coverage more accessible and affordable!

1. Over 9 million people (!!) have gained health coverage since January 2014, leading to a 26% drop in the number of uninsured adults. Really, that number speaks for itself but that's millions of people who can see a doctor when they need it, better financial security and priceless peace of mind.

2. The rate of uninsured among Latinos has decreased by 13% less in just one year alone! 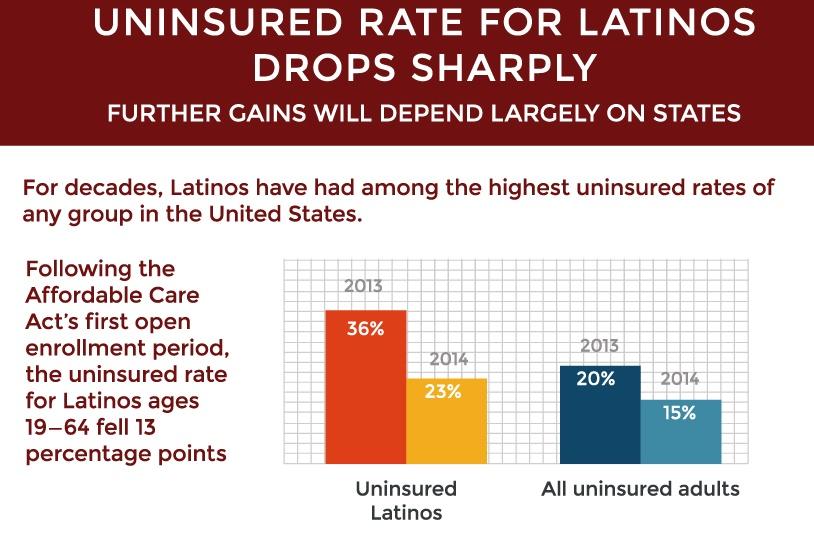 3.  Hospitals have saved $5.7 billion in uncompensated care as a result of expansion of Medicaid in 25 states and the District of Columbia.

4. Coverage is expanding!  In 2015, there will be a 25% increase in the number of insurers offering coverage through the state and federal marketplaces. This translates into more coverage options for consumers.

5. Premium prices will cost a bit LESS (by an average of 0.8%) in 2015 for people living in 16 major cities who purchase the mid-range Silver plans.