On Human Rights Day, Sharing the Wisdom of Frederick Douglass 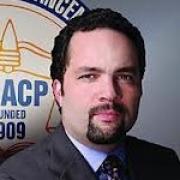 Benjamin Jealous
Share This
Add your voice to the comments

In an 1869 speech in Boston, abolitionist Frederick Douglass challenged most social observers and politicians by advocating the acceptance of Chinese and Japanese immigrants into the United States. He said:

There are such things in the world as human rights. They rest upon no conventional foundation, but are external, universal, and indestructible. Among these, is the right of locomotion; the right of migration; the right which belongs to no particular race, but belongs alike to all and to all alike. It is the right you assert by staying here, and your fathers asserted by coming here. It is this great right that I assert for the Chinese and Japanese, and for all other varieties of men equally with yourselves, now and forever. I know of no rights of race superior to the rights of humanity, and when there is a supposed conflict between human and national rights, it is safe to go to the side of humanity.

Douglass advocated for equal rights as well as the protection of human and civil rights of immigrants. He called on the nation to continue siding with humanity in order to become the world’s leader in 19th century immigration reform.

This nation’s pride cannot be built on social unrest and on the backs of broken homes.

Let’s embrace our nation’s values by promoting laws that keep our families together and protect the human rights of every person in the United States. It is our responsibility and duty to reach a consensus on how to reform our laws in ways that will always place the rights of people over politics.