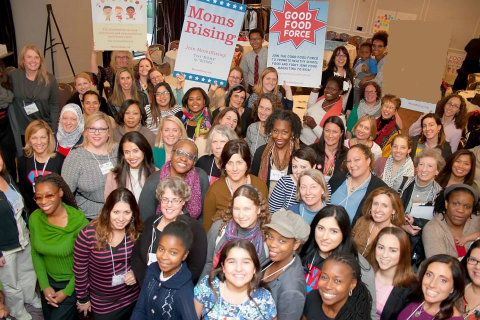 Not ready to run for elected office? Practical tips on how you can still help! 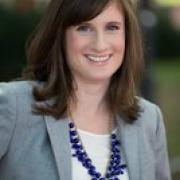 Traditional gender roles die hard. Recently, the Barbara Lee Family Foundation shared new research on how women candidates can talk about their families and their personal lives on the campaign trail. What we learned: Voters still question how women can serve constituents and take care of family responsibilities at the same time. For moms who want to run, they must balance a fine line between the personal and political without alienating voters. But it can be done.

My job is to encourage women to run for office, but I get it - running for office isn’t for everyone. Whether it’s time, money, or simply zero desire to be in the public eye, I can name numerous reasons moms (and dads!) eschew the world of politics. So you’re not interested in running for office but you want to create change in your town, your state, or the country.  What else can you do?

With 2018 on the horizon, many campaigns on the local and national levels are just gearing up. Moms have the power to inspire change, and no organization harnesses the power of moms better than MomsRising. If you’re ready to get involved and help change the face of politics, here are five ways you can support the women who run.

1) Flip the script – and call out gendered behavior.

“Who is watching your kids? How can you possibly balance your job and your family?” Women candidates face a plethora of gendered questions on the campaign trail – ones that their male counterparts never have to address. From town halls to Twitter Q and A’s, ask your candidate questions on their qualifications, not their personal lives. And when you see personal lives brought into the equation – make sure candidates of all genders are answering them.

Recently, a New Jersey newspaper choose to announce Mikie Sherrill’s run for Congress with the following headline: “New Jersey Mom To Challenge Frelinghuysen For Congress.” (Seriously, would we ever see “New Jersey Dad” in a political headline?) Sherrill is a proud mom, but she’s many other things, including a former Navy helicopter pilot and an ex-federal prosecutor. Thanks to watchdog citizens’ Facebook messages, tweets, and comments on the article, the editor issued an apology for their gendered language and changed the headline. A win for progress.

3) Confront your own bias, and give the benefit of the doubt.

Many voters recognize there are double standards for women, but still actively participate in them and are conscious of doing so. Addressing your own implicit bias is never comfortable, but it’s important to squash when it bubbles up. In particular, our research revealed that single women candidates face their own set of issues on the campaign trail. Some voters worried that a candidate who has never married and does not have children won’t be able truly understand the concerns of families. If your initial instinct is to question how a single candidate could connect with you and your family, give them the benefit of the doubt and read through their policy proposals. Let’s value all women’s experiences, even if – and especially – if they are different from our own.

Every single candidate has a campaign website. And trust me: they LOVE volunteers. Get out the vote by knocking doors, talking to your neighbors, and sharing your perspective on why your local candidate helps families. Campaigns will welcome a week, a day, or even an hour of help. Phone banking is another great way to get out the vote from your own home. You’ll be given a list of phone numbers to call and talk to people in your community about why you’re supporting a candidate.

If you can’t commit to knocking doors or phone banking, campaign offices always welcome snacks, coffee, and donuts. In fact, they run on them. Give them a call and see what they need!

And finally – this one may seem obvious – show up! Candidates win campaigns because of supporters like you. If you see an event, a town hall, or a debate for a candidate you like in your area – sign up and show your support.

I bet you know one, two, even 10 women in your life that would make great political leaders. But the confidence gap is real. Sneaky feelings of self-doubt and questions over qualifications are powerful disqualifiers for women. She Should Run has a fantastic feature on their website that will literally do the asking for you, then offer resources to that person for how to get the ball rolling.

We know when women run, women win. But with the help of moms like you, we can increase gender parity in politics AND start to change the way voters see women candidates until they become the norm, not the exception. Some of these tips may seem small, but becoming a validator for a woman candidate can make all the difference.