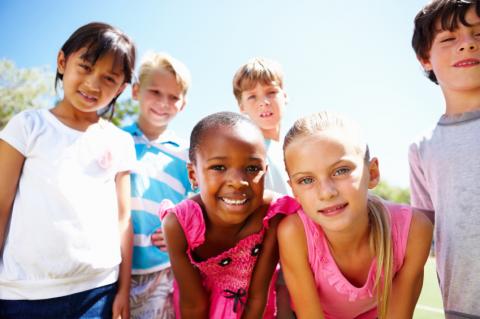 NO! To hate and bigotry becoming the new normal

I’m typing this to you from my dining room table in Seattle, Washington. My daughter is doing homework across from me. Just a few feet away my son is playing a video game to a background of rocking techno. Our puppy is intermittently trying to hop in my lap and share her soggy toy. My email inbox is an avalanche of emails pinging in at blizzard pace. And I’m fielding a stream of requests for delicious snacks.

In other words, it’s a normal night at my house. I’m beyond grateful for moments like these.

But there is nothing normal about what's happening right now in the other Washington… Washington, D.C. where beginning next week the U.S. Senate will start voting on Trump’s cabinet nominees. It’s an understatement to say that this isn’t a normal Cabinet, nomination process, or election.

*Tell the U.S. Senate to vote against Trump’s proposed Cabinet nominees. These nominees represent and promote hateful ideals and policies that are harmful for our children and our economy. The time to speak out is NOW: http://action.momsrising.org/sign/put-stop-cabinet-of-bigotry/

This moment is bigger than politics. When we speak out, when we sign on, we aren’t just speaking out to our lawmakers… we’re speaking out to our children. We’re speaking out so our children know that we are fighting for their safety and future, and against the spread of hate and division in our nation. We’re showing our children that we will stand up for the rights of everyone to live, work, love, and thrive in all the many chaotic life-filled ways that are happening this very second in dining rooms across our country.

This moment is about our kids.

We can’t stay silent because these dangerous Cabinet nominations hurt our children and families, threaten our economy, and tear the fabric of our democracy. Hate crimes are up since the election occurred. [1] This is not the future we seek to build for our children or our communities. Hate is not the example we seek to set. So we are setting the opposite example for our children by speaking out of love right now.

-> *Stop the U.S. Senate from rubber stamping Donald Trump’s Cabinet of Bigotry. Let them know we will hold them accountable for their votes on Trump’s nominees. http://action.momsrising.org/sign/put-stop-cabinet-of-bigotry/

Here’s a bit about three nominees that particularly concern us:

There’s no other way to say it: These are extremist nominees by an even more extremist President-elect. But there’s absolutely NO mandate for this extremist direction coming out of the election. In fact, it’s the opposite: Hillary Clinton won the popular vote by more than 3 million votes. [6]

*Sign on to our letter that we’re delivering to every U.S. Senator urging them to vote against Donald Trump’s proposed administration-in-waiting, a Cabinet of Bigotry: http://action.momsrising.org/sign/put-stop-cabinet-of-bigotry/

Join us by clicking the action link to stand up against the normalization of hate and hold our Senators accountable for their votes. You can take action from your dining room table, from your cell phones, from wherever you are reading this right now as part of teaching our children to stand up for one another and also making our voices heard in Congress.

As moms, dads, and people who care about our nation, we can’t stand silently and let hate become “business as usual.”

Together we will never stop fighting to keep hate out of our communities.

Thank you for standing with us.