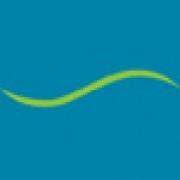 A Better Balance
Share This
Add your voice to the comments

A Better Balance (ABB) and the National Women’s Law Center (NWLC) released a new report today, It Shouldn’t Be a Heavy Lift:  Fair Treatment for Pregnant Workers, that outlines the factual and legal landscape of pregnancy discrimination in America and the shocking continued failure of some employers to make accommodations so that pregnant women can stay healthy and on the job.  The report includes real stories from eight women who experienced this form of pregnancy discrimination first hand.

The report explores the changing nature of our workforce and how pregnant workers contribute substantially both to our national economy and their families’ financial security.  We cannot ignore that most American families today cannot afford to go without pay during a woman’s pregnancy or childbirth.  We need laws and policies to catch up to this reality.

The report includes two stories from New York—from Yvette, in New York City, and Hilda Guzzman, from Long Island.  Yvette had to risk her health and the health of her baby when she was pregnant a few years ago.  She asked for a reprieve from heavy lifting and her manager responded by giving her more heavy lifting to do.  During a later pregnancy, when she brought in a doctor’s note indicating a lifting restriction, she was pushed out of the workplace and onto disability leave (which was only a fraction of her salary).  One month before she gave birth the disability payments ran dry and she had to go on unpaid leave—at seven months pregnant she was stuck without health insurance and without any income.

Another woman, Hilda Guzzman on Long Island, was denied a stool to sit on when she worked the cash register at a retail store.  Even when she developed pregnancy complications and landed in the emergency room every few days, her manager wouldn’t let her sit on a stool.  Her doctor eventually had to put her on bed rest to get her off her feet.

Unfortunately, we hear many stories like these from across New York State and the whole country through our legal clinic and advocacy work.  We wrote this report in order to give voice to these hardworking women who are so often not heard by legislators and policymakers.

The report also examines the legal landscape and how we got to this point—some courts in a few jurisdictions have determined that it’s legal to push a pregnant woman out of work just because she needed an adjustment to her job duties or needed to transfer to a less hazardous position.  This is despite the fact that employers routinely provide these accommodations for workers with disabilities and on-the-job injuries.  It’s also despite the fact that it’s been the law of the land for thirty-five years that pregnant workers are to be treated the same as others who are similar in their ability or inability to work.

The report outlines many solutions for this unfortunate current state of affairs.  One recommendation is that the Equal Employment Opportunities Commission (EEOC) issue clear guidance that the federal Pregnancy Discrimination Act covers these types of pregnancy discrimination cases.  A federal bill, the Pregnant Workers Fairness Act, would also clarify and codify our current body of law with explicit protections.  Finally, states, such as New York with the Women’s Equality Act, can lead the way and end pregnancy discrimination once and for all.

Originally published at A Better Balance.