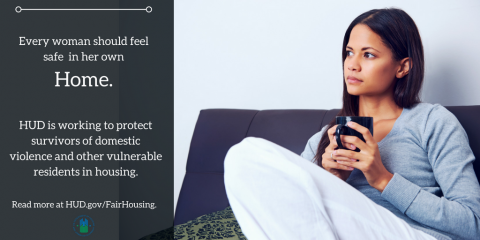 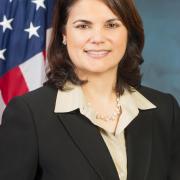 Nani Coloretti, HUD Deputy Secretary
Share This
Add your voice to the comments

Imagine being injured in a domestic violence incident, but instead of calling 911 for help, you decide to put down the phone. You’re afraid your call for emergency services will get you evicted from your home.

It’s unimaginable that anyone experiencing violence at home would have to make a decision like that. Your home should be your refuge. And if you need help, you should feel free to call for it.

Unfortunately, in some communities these calls for help can put a victim of domestic violence or other person in need of emergency services at risk of becoming homeless. That’s because they may violate local “nuisance” ordinances, which may prohibit making excessive calls to 911, even when the caller is a victim of domestic violence or another crime. Nuisance ordinances often require or encourage landlords to evict residents who’ve violated them. These ordinances can discourage victims from reporting domestic abuse and getting the emergency help they need.

HUD today announced new Guidance  to help ensure nuisance ordinances enacted throughout the country by local governments do not violate the Fair Housing Act by permitting housing discrimination against survivors of domestic violence and others who require emergency services.

For example, a woman in Norristown, Pennsylvania who had been subjected to domestic violence by her ex-boyfriend was warned by police that if she made one more 911 call, she and her young daughter would be evicted from their home. Norristown’s ordinance operated under a “three strike” policy, allowing no more than two calls to 911 for help. As a result, she was too afraid to call the police when her ex-boyfriend returned to her home and stabbed her.  A few days after she returned home from the hospital, she was served with eviction papers pursuant to the local nuisance ordinance.

Local nuisance or crime-free housing ordinances violate the Fair Housing Act when they have an unjustified discriminatory effect because of a protected characteristic, specifically, race, color, national origin, sex, religion, disability or familial status.   Moreover, localities violate the Act when they enforce nuisance ordinances in a discriminatory manner because of a protected characteristic, or when they fail to provide requested reasonable accommodations to persons with disabilities.

In addition, HUD today is taking an important step to protect other vulnerable residents – often low-income women -- who are particularly vulnerable to sexual harassment in housing. We’re publishing a final rule that will formalize legal standards for claims of sexual harassment and other harassment because of a protected characteristic under the Fair Housing Act.

HUD and courts have long held that harassment in housing or housing-related transactions on the basis of race, color, national origin, religion, sex, disability, and familial status is prohibited under the Fair Housing Act. Our new final rule specifies how claims of “hostile environment” harassment and “quid pro quo” harassment would be evaluated in both private and publicly assisted housing. Read more here about how our rule protects victims of harassment.

Harassment in housing threatens a resident’s sense of safety and privacy in his or her own home, and there can be little opportunity to escape it unless the individual or family moves.

If you believe you have experienced harassment or discrimination in your own home, you may want to file a complaint. Call HUD’s Office of Fair Housing and Equal Opportunity at (800) 669-9777 or file your fair housing complaint online at www.hud.gov/fairhousing, and we will investigate it.