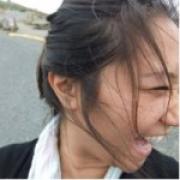 Marissa Graciosa
Share This
Add your voice to the comments

I wrote this piece for the Harvard Kennedy School newspaper, where I am a mid-career MPA student. Last year I took a break from community organizing after a heartbreaking loss of the DREAM Act in 2010. As I take this year to read and reflect, I can feel myself pulled back into the fight, especially with so much recent talk about immigration reform being back on the table for 2013. Republicans are falling over themselves to show that they are ready to be a new kind of party, one that will appeal to the growing bloc of Latino and Asian voters that voted overwhelmingly to re-elect the president last month. If they ever hope to get votes from me, or my family, in the future -- they can show their seriousness by getting immigration reform done this year. Democrats aren't off the hook either-- it's time to put up or shut up. The future of both parties depends on it.

Every election since when I was able to vote, I have been delivering donuts, putting up yard signs, and opening up campaign offices in the wee hours of the morning. This year, I slept in until 6:45a.m., and then walked up the street to cast my vote for the first female Senator from the state of Massachusetts.

That same morning, my father stood in line in Wisconsin to vote for the very first time. He’s a pediatrician in a small town and has been serving the community for over 30 years. It was only this year that he was able to become a U.S. Citizen, after a decades-long struggle to get his green card. He’s a devout Catholic, socially moderate, fiscally conservative and a homeowner who used to watch Bill O’Reilly every night ten years ago. This year, with his first chance to cast a vote for this country that finally accepted him, he chose Barack Obama.

At the same time, my partner, Gabe, a fifth-generation Mexican-American and organizer of 20 years, was knocking on doors and getting out the crucial working class vote that delivered the state of Ohio for the President.

Each of us did our part as representatives of the demographic change that ensured Barack Obama’s reelection. This coalition of women, young people, Latinos, African Americans, and Asians hurtled Obama past the 270 electoral votes needed for a win. This was also my family’s voice coming through to assert that we were a part of America.

As Republicans wring their hands and pundits make their predictions, the mantra that began years ago of “demographics is destiny” has now become, “the future is here.” The polling data shows that the political coalition and enthusiasm of American minorities, women, and young people was lasting. Latino and Asian American voters in particular, increased their overall turnout and three out of four voters in both communities cast their ballots for the President. Now, for the first time in my political life, both sides of the aisle are talking seriously about immigration: Everyone from Harry Reid to John Boehner, Hannity to Rachel – it looks like a bi-partisan bill could be done this year.

But change was not inevitable. Our communities did not just wake up on November 6, realizing their political power. Years of work at the grassroots level built up to this – educating and organizing ourselves on the American political system, numerous grueling battles, including a devastating loss on the DREAM Act in 2010, and in some places, utilizing civil disobedience to directly confront the injustices of the system. The last 11 years have been a political education, studying who is with the immigrant community and who is against us, and the conversation has been brewing. There is a lot of talk that Republicans found themselves in this mess with their constant anti-immigrant stances. But Democrats didn’t come around by themselves either. They had to be convinced, election after election; lobbied, season after season, that good policy would be good politics.

The people who courageously put faces and stories to the 12 million undocumented immigrants that candidate Romney wished to “self-deport” had to fight day in and day out to bring their humanity to the fore, years before this election. Teresa, whose petition to stay with her family failed after using a fake social security number (to pay her taxes). Victor, a DREAM student who refused to leave Alabama even after it passed an anti-immigrant state bill, staying to rally students to fight. Jose Antonio Vargas, a Pulitzer prize winning journalist, who outed himself as an “illegal” to show others in the shadows that they did not have to be afraid.

In 2001, I proudly joined this diverse bunch when I marched on the streets of Chicago, just before President George Bush’s meeting with Mexican President Vicente Fox. Together, with 10,000 of my best friends, we filled the streets calling for a federal bill to give a path to citizenship for undocumented immigrants (like my father). But after the terrorist attacks that September, this campaign disintegrated to pure defense.

After 2001, I spent years organizing, getting out the vote and acting as a spokesperson for the movement. Up until my first day at HKS, I was going back and forth to Birmingham to aid in the community fight against a “papers please” bill that would criminalize immigrants. This work has been decades in the making, and it isn’t over yet.

If Republicans believe, as some have said, that putting Marco Rubio out in front will solve their problems with the immigrant vote, then they are clearly demonstrating that their answers are only skin deep. But if they root out the hateful rhetoric in their party, propose common sense solutions, and then appeal to immigrants with conservative values on social policy, they could take back this vote. They could get my dad back on their side.

If Democrats believe that Latino and Asian Americans can be taken for granted — giving speeches and posturing instead of good legislation — then they too, stand a chance of losing my partner and me.

As minorities (for the time being) we have to recognize that we have a role in our own destiny. Our job has to be more than choosing one party over another every four years —we must instead choose to speak out and work with our communities to take action year long. We got this far by organizing and rejecting the status quo. One election does not prove political durability, and promises of action are just that. For me, my partner, my family and the millions of undocumented immigrants and their families, the struggle continues.

As for the United States, the issue of inclusion and its implications for our democracy has come to a head—both in the question of immigration policy and regarding the future voting blocs that will shape our direction as a country. Together, Republicans and Democrats, citizen and non-citizen, minority and majority now have an interest in working out an agreement that can transcend political posturing: The work is still ahead of us.