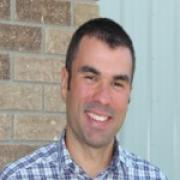 Andrew Bentley
Share This
Add your voice to the comments

Recently, I was in Maryland for my father’s 60th birthday. It was the first time in almost a year that my entire immediate family was together. As a souvenir for my two young nephews, I brought them t-shirts from where I work: St. Francis Indian School. After I gave the shirts to my nephews, my father chimed in asking them whether they knew they were “Indian.” Their mother replied that they did, and that she used “Native American” instead of “Indian.” Knowing that I would be writing about that very topic soon, I cracked a smile and felt assured I had found my introduction to this post.

Similar to my sister-in-law, I had used “Native American” exclusively when describing that part of my heritage because well… I’m not from India. In my mind, to use “Indian” was to acknowledge the accidental “discovery” of this land by Christopher Columbus. As you can imagine, I didn’t want to have anything to do with him.Yet, as I grew older, something about “Native American” didn’t seem right either. For one thing, our ancestors never called this land “America.” The “Native Sun News” in a May 2013 article also noted that the late Russell Means used “American Indian” rather than “Native American” because anyone born in this country can technically be a “Native American.”

The use of “Indian” has a distinct weight in that it is connected to those that came before us. Those that resisted colonization were real “Indians.” That spirit of resistance that remains in many of us may be part of why some of us still use the name “Indian” today.

As for the description “American Indian,” maybe it is a good compromise between “Native American” and “Indian.” Perhaps it reflects the ability to walk in two-worlds… the learned ability to thrive in the dominant culture while naturally resisting its ills.

In the end, “Native American” or “American Indian” or “Indian” are all misnomers because they are all titles that our ancestors never used. We always were and are “the people,” be it pronounced in Lakota, Navajo, or another indigenous language.

If you are an indigenous person of Turtle Island, I’d like to know:  Which do you use?