My Son Lived For 8 Good Years; Stand Up For the Law That Helped Him Live Better. 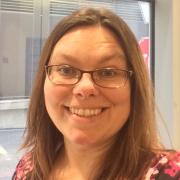 Regan Lamphier
Share This
Add your voice to the comments

I never thought much about people with disabilities until my son was born.  As far as I was concerned, they existed in a different universe from the one I occupied.  Then Ethan came into my life.  He was perfect and I loved him unconditionally….and within a few weeks of his birth I found out he was disabled. Everything changed with that diagnosis. Suddenly people with disabilities were part of my family and my world.

It was extremely challenging to accept that Ethan would not have the life I had planned for him.  But during those first few years, I realized that he could still have a good life.  This was possible because of changes in our laws. Thirty or forty years ago I might have been forced to put my beloved child in an institution because at that time our society felt that people who were different were shameful and embarrassing.  Nothing could be further than the truth.  Ethan was the center of our family; the source of much laughter and love.  From the very beginning he was welcomed into our community through our area agency which supports people living with disabilities in their homes and Easter Seals.  I never had to worry about sending him away, and I was never ever ashamed of him.  Often, I would think of how much parents like me had struggled in the past, and I am eternally grateful for the difference that advocacy by people with disabilities and their families made in Ethan’s life.

The American with Disabilities Act was passed 27 years ago, during the presidency of George H.W. Bush.  This legislation did not happen overnight, it was the culmination of years of hard work by many people across the United States.  The day the ADA was signed marked a huge change for the better in the lives of people with disabilities, and their families.  Children and adults who had previously been warehoused in institutions and forgotten were now on the path to become valued members of our society. It was a huge step forward in recognizing that disability rights are human rights.

When Ethan was small, I naively thought that the work was finished, that our country would only move forward towards equality.  Sadly, that is not the case.  During the past few years we have seen a tremendous backlash against many minority groups in this country.  African Americans, Latinos, the LGBT community, and women in general have seen their rights challenged in many ways. Now people with disabilities are facing the same type of battle.

At this moment, members of our government are attempting to pass a bill that will challenge the Americans with Disabilities Act. The ADA Education & Reform Act of 2017 (also known as HR 620) sounds harmless enough, but it is a clear sign that corporate interests come first in Washington today.  If this bill passes, there is one provision in particular that will cause substantial problems for people with disabilities who are attempting to live independent lives in American society.  An important component of the ADA was providing access to businesses or public buildings for people with disabilities – HR 620 places that at risk.

Imagine being in a wheelchair and having no way to enter your high school or even a store or restaurant in your community.  There is no more effective way to tell people “You are Not Welcome Here”. HR 620 proposes that if a person with disabilities has problems entering a building, they should write, in legally specific terms, a letter to the owner of that business alerting them to the problem and citing exactly how the business did not comply with the law.  Then they will wait….for six long months.  If the business does not address the issue after six months, then, and only then, can they bring the matter to court. It is starkly obvious that this bill is written to benefit businesses that are violating the law.

The thought process behind the ADA Education & Reform Act is deeply disturbing.  Suddenly the rights of businesses and corporations are more important than the rights of American citizens. The entire idea is preposterous.  Businesses have had 27 years to comply with the regulations laid out in the ADA.  They are well aware of their legal obligations, and some businesses simply choose to ignore the rules.

In addition, the ADA was written with the input and full participation of anyone with a disability.  When HR 620 was written, however, no one consulted the disability community; they were completely excluded from the process.  This is a slap in the face to a group whose history is filled with attempts to isolate, seclude and degrade them. “Nothing About Us Without Us” is a rallying cry in the disability rights community.  The people who wrote HR 620 would know that if they had taken the time to speak with anyone who will be affected if this bill became a law. But supporters of the bill simply do not care about the Americans who will bear the impact of changes to the ADA.

This bill must never become a law.  My son Ethan lived for only eight magnificent years.  They were good years because of the dedication and sacrifice of ordinary people who stood up for what was right. Whether or not your life has been touched by disability, we all have an obligation to speak up when the civil rights of fellow Americans have been challenged.  Please call your legislators and tell them that businesses should never come before people and that the Americans with Disabilities Act should stand as written.  This simple phone call will help to build a better future for people like my son, whose life was changed immensely by a bill that was passed years before he was even born. 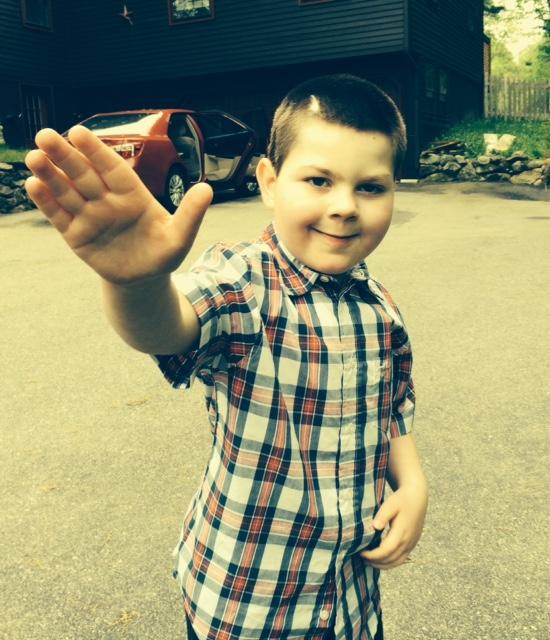