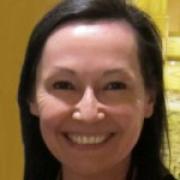 Neeta Lind
Share This
Add your voice to the comments

My mother passed away on June 25, 2010 at her home in Richfield, Utah. She was 86. My brother, sister and I were by her side when she breathed her last breath.

This is the tribute I gave at her funeral:

Another elder in our Navajo Nation has left us. It is significant for our tribe to lose those who are fluent in our language and remember the traditional and ancient way of Navajo living. My husband Jeff called my mom a National Treasure. All elders of all American Indian tribes are National Treasures. From L-R: My grandfather Julius Sombrero, Uncle Delbert, Aunt Bessie, Aunt Nellie holding one of her children, my mom Flora with two of Nellie’s children standing in front of her. One of those children, the one on the far right came to the funeral, her name is Sallie.

My mom was born in Inscription House, Arizona on the Navajo reservation, it is estimated in 1923. She was number 5 of 11 children born naturally in a hogan. My mother’s father was a medicine man, a very prominent position in any tribe. We visited him, my grandmother and all our relations every summer. I love the reservation. I love to recall the sensory experience of it, the scent of sage brush, cedar beams inside the hogans, the smoke of the juniper fires burning in little pot belly stoves, coffee brewing, potatoes frying, the smell of a thunderstorm as it hit the hot red sand. It was a beautiful tranquil place, a spiritual place for me.

I have a long diary entry from 2006 that I wrote about my mother’s older brother Robert Sombrero who inherited the medicine man knowledge from my grandfather. I want to read a short excerpt that features my mom.

The stories about Robert Sombrero were legendary in our home as I was growing up. My mother spoke with tremendous pride when recalling memories of her older brother. She would tell us that he was the “nicest, kindest man”. He would take care of his younger brothers and sisters like they were “little chickens.” My mom was a toddler when she saw her first white man. She was walking around the Inscription House trading post when she heard someone loudly enter. When she spotted the man she was so frightened that she ran to Robert. He scooped her up in his arms and she felt safe and protected. Through out the years whenever Uncle Robert’s name came up she just simply repeats “he held me when I saw my first white man…he could out run a horse…he was so nice to us…” since we’ve all heard the details for decades now. My mother and several of her siblings were forcefully taken away to the government’s boarding school in Tuba City, Arizona in the late 1930s. My mother ALWAYS recalls this episode with pain and tears. She describes her mother sobbing as she watched her little children having their hair cut off, the tiny rolls of hair left at her feet and riding away in the back of a pickup truck. My mother didn’t stop crying for months at the school. They were dusted with lice powder and she resented this because she insists that they were clean, “we were not dirty animals, we were clean!” She said they were not allowed to speak Navajo and they were inhumanely punished if they did. Her 8 year old sister Zonnie died there, crushed and trampled in a crowd. Her older sister Nellie ran away from the school so many times that they took her shoes away. Without shoes she still ran away and only made it to the 3rd grade when she finally was able to stay home. My grandfather, Julius Sombrero missed his children so much that he would ride his horse the 60 miles to visit them when he could.

The other half of the children, including my Uncle Robert were hidden in Inscription House canyon. These kids never went to school nor learned much English. They all stayed on the reservation and lived in the traditional manner; in hogans, no electricity nor running water. They tended herds of sheep and goats. They grew corn, squash and melons. The women wove rugs and baskets to trade at the local trading posts.

The siblings who went to boarding school mostly left the reservation and became assimilated into cities, as was the government’s plan. My mother and Caucasian father, Rulon Lind settled in central Utah where we grew up. My mother did not teach us Navajo… deliberately. She wanted us to speak English well and she was advised at the boarding school as she was growing up that the Navajo language would slow her children down. We did learn a few words however when we pressed her and when we heard her speaking to our relatives on the rez.

The history of all the American Indian tribes is tragic. It is estimated that there were 8 million American Indians in 1492. They reached a low point of less than 250,000 in the late 1800s after enduring the government’s extermination order which was later changed to an assimilation project as a solution to the Indian problem. Our American Indian cultures are still endangered today and losing elders like my mom is one of the reasons. To give you a little more insight into my mother’s background, the entire Navajo tribe was forcefully removed from their lands in 1864, they were force walked almost 300 miles away to Fort Sumner in New Mexico. Fortunately, they were able to return but the tribe was devastated by this trauma. However, my mother told me that our family was lucky, they were able to hide deep in the canyons and high on top of Navajo Mountain and did not go on The Long Walk. But it was still difficult for them to endure this wartime atmosphere and overcome it. In order for the Navajo to return to their lands they had to sign a treaty with many demands, one was that all the children would be given up to the government boarding schools to be assimilated. They were still enforcing this when my mom was of school age. My mom survived boarding school. She married Harry Butler Sr., a Navajo man in 1945 and had two sons, Harry Jr. and Tommy Ray. Harry Jr. died as an infant from pneumonia and Harry Sr. was killed when Tom was a baby. Mom was left with a 3 year old son.  She soon joined the LDS Church and served a Southwest Indian Mission among the Zuni people from 1951-53 while Tommy was being taken care of by mom’s dear friends Lynn and Myrle Fowler. After she successfully completed her mission her future husband, my dad Rulon Lind read about her mission in a newspaper. He was so impressed with her devotion to the church that he wrote to her and asked to meet her. She accepted the invitation and met him at the Lyric Theater here in Richfield for a first date in 1953. They were married Jan. 14, 1954 in the St. George Temple.

Dad adopted Tommy and then he and mom had four more children; myself, Spencer, Nathan and Naomi. I was born in dad’s hometown of Vernal, Utah and my brothers and sister were born here in Richfield.

Mom was best known for her sense of humor. Her broad smile and laugh will never be forgotten. She loved fresh water fishing, camping and arrowhead hunting.  She used her Navajo cooking skills she learned while growing up on the reservation to char whole corn on embers and roast meats at our campsites. She was often asked to make fry bread for large church gatherings. She loved to entertain onlookers with her dough handling skills and joking conversation. Flora loved looking for rocks for her beloved rock garden and transplanting plant snippings from her many friends. She also loved to visit her relatives on the reservation as often as possible. She loved to travel and has made many road trips around the nation.

When I saw my mother for the last time I was reminded of something an elder in the Ponca tribe said about her after seeing her photo from last year:

Our elders seem to begin to take on the look of Mother Earth as they age, with the cracks and crevices of character and living making maps across their faces.

We are going to miss our mom very much.

I would like to thank publicly my brother Nate and my sister Naomi.  I live in the San Francisco Bay Area and it was difficult for me to be physically helpful to my mom. Nate and Naomi took complete care of her after our dad passed. Naomi drove back and forth between Richfield and Vernal to check on mom and attend to her emergencies. We finally moved her to Richfield to make it easier for Naomi.  In fact, when she got to the point of needing constant care Nate moved in with her 11 months ago. I’m so appreciative to him for being devoted to her every need. I didn’t worry as much knowing that she was being cared for 24/7.

I also want to thank you all for being with us today to give us strength. It’s so nice to see your faces and know that you care.

We love our mother very much and today we honor her special heritage that is a huge part of our identity. We will do what we can to keep the Navajo culture alive.

Obituary in The Richfield Reaper