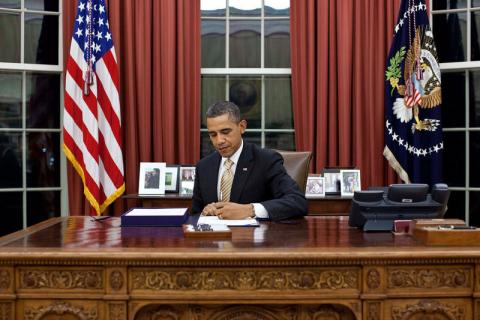 My Letter from President Obama 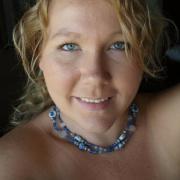 Bobbie Crawford
Share This
Add your voice to the comments
My name is Bobbie and in 2015 I wrote President Obama a letter thanking him for his executive order that gave all federal contracted workers 7 days of paid sick days. While I am not in that group, I know it's a small step towards getting paid sick days and paid leave into the private sector where I do work. I let him know why paid time off, especially paid maternity leave, would be so beneficial to not only me, but so many others in our country.
I'm a mom of 4 boys who are 7, 6, 2, and 4 months. I, like many of our friends, had no idea about paid maternity/paternity leave until we needed it. That was when we found out we have few options in our state. While some states like New Jersey allow a working mom to apply for short term disability for her maternity leave, Oklahoma is not on that list. So our options rested in the hands of our employers, who are amazing companies, but not so stellar on paid leave.
My husband had paid leave, which was his vacation he had earned that year. So his week home with each baby was covered. Mine, not so much. I don't earn vacation or paid sick days, so my maternity leave was unpaid which is why each time off was so short. With my oldest I took off 7 days before returning to work. Then with our second son we could only afford for me to take off 6 days. With our third and fourth sons, I took off 9 days to adjust to having more children than hands before returning to work. My combined maternity leave through 4 different pregnancies is still far less than the 6 weeks that is suggested by our medical community for a new mom to take off to heal from just one delivery.
Paid time off isn't just about maternity/paternity leave though. It's about having days off when you or one of your kids is sick so you can one, take care of yourself or your child; and two, keep that sickness at home. Without paid sick days, you are either going to work through that sickness and potentially spread that around the office or you take the day off and may not have enough money to pay all your bills that week. And that's if you only need one day off. Imagine how devastating needing to take off two, three or four days due to an illness. Millions of workers are just a paycheck away from being homeless. Paid time off could prevent that.
When it comes down to staying home when I'm sick or going to work to earn the money to keep food on the table and the lights on, I'll go to work every time. To be honest, it's not really a choice for me. Over the years I've worked through different colds or the flu, but the worst was the day I had to clock into work just hours after miscarrying our twins. I needed those hours to pay the mortgage that month. You do what you have to do to support your family, even when you don't think you can push through. We persevere and sacrifice. That's what we do, but we should not have to. The United States is a world leader, where every worker deserves paid time off.
One thing I pointed out to the President in my letter was that when we went into Iraq and Afghanistan, the media repeatedly said how oppressive the regimes were that we were fighting, especially how oppressive towards women they were. How their society viewed women as property and so on. Imagine my surprise when I learned that in those two countries, the working women are guaranteed paid maternity leave, while we aren't. By failing to provide paid maternity leave or paid time off, what are we saying about the value of our women and children? What does that tell the world about our country's values?
To say that paid time off is an issue I'm passionate about is an understatement. My goal in life is to leave the world better for my children. That's why I wrote my state legislature, my U.S. Congressional members and the President. Of everyone I wrote, I never dreamed I would hear from the President. Then I got a letter from President Obama thanking me for writing in to him, letting him know why paid sick days and paid leave are such important issues and how not having them has affected my family. It surprised me that our President takes time to read the letters that are written to him. The President's letter was personal, not just a form letter like I received from my members of Congress. He cited parts of my letter, so I knew he had actually read it. That by itself has been one of the greatest moments of my life. And now because I took the time to do something that everyone can do, I'm able to share my story with you. I let my voice be heard and so can you. If this is something that would affect your family, let your members of Congress know, both at a state and national level. Write the President, write the candidates for President, and most importantly, get out and vote for those whose platform you can stand behind.