My Hope: A Fear-Free Alabama 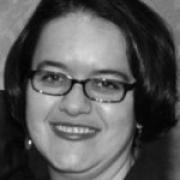 Marielena Hincapie
Share This
Add your voice to the comments

I woke up at 3:30 yesterday morning to catch a flight to Birmingham, Alabama. Although I had gotten about 4 hours of sleep, I was full of energy as I prepared to travel with the We Belong Together Women's Human Rights Delegation to Alabama. I have decided to make this journey along with incredible women leaders from across the U.S. to bear witness to how Alabama's anti-immigrant law (HB 56) is affecting women, children, and their families.

The National Immigration Law Center has been co-leading litigation efforts challenging anti-immigrant laws in Arizona, Utah, Indiana, Georgia, South Carolina and Alabama. We have successfully blocked implementation of the worst provisions of those laws except for in Alabama -- the most pernicious of all the anti-immigrant measures attempted by state legislatures.

For more than 5 months, we have been painstakingly answering calls from the emergency hotline the legal team set up immediately after the U.S. District Court allowed most of this inhumane law to go into effect. The initial loss in Alabama was a big blow not just to us as lawyers, but to all Alabamians and those of us who believe in fairness and equality for all.

HB 56 has set off a humanitarian and economic crisis.

That first weekend following the court's woeful decision to allow most of the law to go forward, we got over 1,200 calls. The first hotline call I took that weekend was from a woman I will call Esperanza. She had heard about the judge's decision and was calling to learn more about this new immigration law. The fear in Esperanza's voice was palpable. I asked more questions and learned that Esperanza had a newborn child and her husband was working out of state.

Esperanza's voice cracked as she told me that since the court's decision came down, she noticed a car with several men stopping in front of her home at about 1:30 a.m. As Esperanza breastfed her newborn, she noticed these men peering into her home. She lived in a rural area among mostly white families, and didn't know any of her neighbors. She was isolated and petrified. As she told her story, images of the worst of our nation's history flashed through my mind: burning crosses, bombings, lynchings...

As Esperanza asked what I thought she could do, I found myself paralyzed. Esperanza asked if she could call the police. A chill went through my spine as the lawyer in me carefully answered that I did not think that was safe under HB 56. Instead, I suggested Esperanza find someone from her church who she could stay with temporarily. I found myself explaining to Esperanza that if things got worse, she should call the FBI, though I still wondered to myself if even that was safe. I ended up referring Esperanza to some local community-based organizations that I thought could help her.

I barely slept that night thinking of Esperanza and all the women in Alabama, their families and community members who are now being terrorized by this new irrational law. I called Esperanza back first thing in the morning to make sure she was OK. Fortunately Esperanza was safe and had found people who opened their home to her while she waited for her husband to come back to Alabama.

Today, on my way to Birmingham, I can't help but think of Esperanza, her child, and her family. I can't help but think of my own immigrant family and how my parents would have fared under such a hateful law. I sincerely hope Esperanza's family has been reunited. My hope is that our delegation will be able to expose the pain and suffering that women like Esperanza have had to endure, while also celebrating the strength and resilience of women and families who are fighting back against this injustice.

I trust that HB 56 will soon be held unconstitutional and that it will be remembered as another shameful blemish in our history. Until then, I am honored to join women leaders to bear witness to the fight for human rights in Alabama.