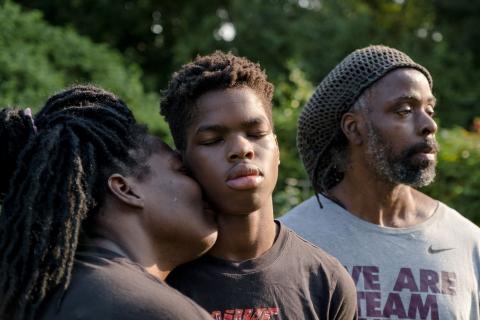 Ramuntu Pressley with his parents in their backyard at home in Charlotte. (Cornell Watson for The Washington Post)

"My goal is to help them survive, and that’s not just physical survival, it’s mental survival" 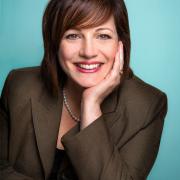 #WeAreMomsRising showcases what it means to be a mom, a woman, a family member in America.

SOURCE: It’s a scary time to be growing up. Teens and parents are bonding over that - Washington Post

When Kelle Pressley’s family arrived at Surfside Beach in South Carolina for vacation in July, her kids raced toward the water and realized that the shoreline was strewn with starfish washed up on the sand. During a carefree afternoon, the 45-year-old doula and mother of nine found herself once again talking to her kids about climate change.

“It is disturbing, seeing these animals where they don’t belong. I know that’s not right,” says her 14-year-old son, Ramuntu Pressley. “And my mom, she told us about climate change and how that does affect the starfish and all the other sea creatures. So when I do see stuff like that, it does disturb me.”

[Kelle] has always made a point to talk to her children frankly about the issues that will shape their lives.

Similar mass sea star strandings along the South Carolina shoreline have been documented before, but Kelle, who lives with her family in North Carolina, took the opportunity to talk about the factors that affect their ecosystem — and how warming waters, changing current patterns and intensifying storms can play a role in washing them ashore.

“I want my babies to be able to enjoy the gifts of nature, but not at the expense of these creatures being washed up from the ocean, laying out on the sand like seashells,” she says. “So we talked about global warming, we talked about how the winds are pushing these tiny creatures up on the shore. We talked about how for them to survive, they’re supposed to be in a certain depth of water.”

She says she has always made a point to talk to her children frankly about the issues that will shape their lives, particularly as they reach their teen years and begin to move more freely in the outside world. And the conversations are not just about climate change. As a Black family, systemic racism and police brutality have often been topics of worry and discussion.

Ramuntu was with an older sister and younger brother when he witnessed an armed robbery at a pizza shop near their home. That frightening encounter led to a talk with his parents about how to stay aware of his surroundings, how to make a note of exits and places to hide. “Gun violence is definitely one of the things on my mind,” says Ramuntu. “My goal is to help them survive, and that’s not just physical survival, it’s mental survival, too,” Kelle says.

Personal experiences are powerful and can make a HUGE difference in helping our communities and elected leaders understand how public policies impact families. Share your story here: https://momsrising.soapboxx.us/prompt-single/familyvideos