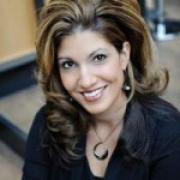 Cali Ressler
Share This
Add your voice to the comments

If you've not only heard about - but really thought about -  the Family Friendly Workplace Ordinance that was just passed in San Francisco, you know what we're getting at with this title. If you're still celebrating the legislation that will go into effect on January 1, 2014, you may want to stop reading as we expose the plain truth that will cause your bubbly to go flat in about 3.5 seconds.

We'll start at the top and say that the intent of the ordinance is ultimately good - to attract more families to the San Francisco area, keep them there, and make it less likely that these Californians will be in the difficult situation of having to choose between their jobs and well-being of their children and loves ones. The fact that a large city in our country is concerned about this is to be commended - and we very much admire San Francisco's desire to support families in this way.

However, we fear that the way this will play out is going to undermine the good intent and actually make things worse. Hear us out.

It is common knowledge that there is already a major divide between parents/caretakers and non-parents/non-caretakers in the work environment. This is the root of much of the Sludge we hear each day. Things like, “She’s always leaving early to pick up her kid at daycare. I wish I had a kid so I could slack off.” But it’s not just isolated toward those with children. Caretakers also take the heat: “Rick says his mom needs more tests so he has to take her to the doctor. Is he the only one that can take her to appointments?"

The San Francisco legislation will only serve to fuel the ‘slacker working parents/caregivers’ attitude that already exists. By legislating the right for working parents/caregivers to request special arrangements, such as a change in start times, part-time and part-year schedules, telecommuting and schedule predictability, the underlying message is "we respect the time of people with families/caregiving responsibilities more than we respect the time of the rest of you. Their lives are really more important."

And yet San Francisco supervisor David Chiu says he hopes the legislation is a nudge to make real changes in our workplace culture to eliminate the stigma and bias around workers who request flexible working arrangements...we're not quite sure how that will occur when gas has just been poured on the already leaping flames of the stigma fire. Legislation will not change decades of beliefs that have been formed about working parents/caregivers - no matter how many mandates and ordinances we pass. People who hold these old beliefs will just become even stronger in their resolve to maintain the status quo - in this case, making sure parents/caregivers are not given a free pass to work less, which is how these 'special considerations' are seen in their minds.

And the loophole is there - under the Family Friendly Workplace Ordinance, managers can deny requests if a business reason is given (such as increased costs). We've seen enough in organizations around the country to know that there are managers in San Francisco that are already making a list of business reasons to pull out of their hats so they can 'legitimately' deny requests.

In our experience over the last several years, we have found that one of the biggest issues in organizations today is that employees are not clear on what they are being paid to do - they simply don't have clear goals or objective measures to work toward. With this in mind, it is very difficult for managers to feel comfortable giving any latitude to employees to decide how, when, and where to approach their work. They wonder how the work will get done, when in reality, the issue is that the work isn't defined.

It's also a losing battle in terms of accountability. Employees don't know what they are being held accountable for, and there is no solid basis for performance conversations or consequences to be given to alleged non-performers.

When we think of how this will all unfold in San Francisco, it's a recipe for disaster. When something doesn't feel quite right with a parent/caregiver that has been given permission to approach work in a fashion that is different from others in the organization, the first reaction will be to get them marching in the traditional fashion again. The cry may go up that “Work is not getting done,” but there won't be data or goals/measures documentation to fall back on to show whether or not that is actually true.

This legislation (again, with all its good intent) still places the power in the hands of management.  Permission must be asked and the final decision is up to the manager. It’s the same old parent-child scenario we've been dealing with for years.

To San Francisco, but more importantly at this point, to other cities that are wondering how to proceed into the future: We urge you to support organizations in defining results. Setting a foundation of 100% autonomy and 100% accountability, with a focus on managing work not people, will catalyze the shift in workplace culture that Mr. Chiu (and so many of the rest of us) desire. If workers don’t produce results, then they don’t have a job; it’s just that simple. And THAT, we believe, is the basis for the future, not legislation city by city that will end up coming full circle, right back to where we started.

As mothers with six kids between us, we are all for being Family Friendly - but more importantly, we are in support of People Friendly practices that are rooted in RESULTS.