Mothers Without Custody: Some 2 Million Women Feel the Stigma 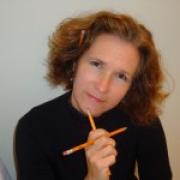 After a divorce, most people assume that children reside primarily with mothers.

However, census data tell us that there are at le­ast 2.5 million households run by single fathers. For most of these fathers, there is a noncustodial mother (NCM). Not that we would know it. NCMs are more than a little hesitant to let others know their status. Many feel ashamed. Some choose not to let others know they have children at all. In an ongoing interview-based study, I have found a very strong sense of stigma and shame.

When a noncustodial mother tells someone that her kids do not live with her, she braces for the reaction. Perhaps it is silence. Perhaps there is a fleeting sour expression or an abrupt end to the conversation. New friends may back away. NCMs tell me that even the best reactions are tainted by the unspoken assumption that she must have done something wrong. In fact, NCMs routinely experience harsh judgment and the assumption that they are unfit mothers. Many have lost friends or found new friendships cut short. Others have lost family members or job opportunities. Still more common are the difficult interactions with schools, sports teams, and medical offices. NCMs have been denied access to school and medical records. And they are marginalized in interactions involving their children’s extracurricular activities.

Most, but not all, of these mothers I have met do not match the stereotype. They are not drug addicts, criminals, abusers, or unstable. How then did they become noncustodial? most custody arrangements are not made in the courts. Some mothers reached a mutual decision with an ex-partner. Others lost custody because of their ­geographic moves, a new partner, or changes for their ex-partner that made an old custody arrangement unworkable. Some lost jobs or houses and could no longer afford to care for their child in the way she felt her child deserved. Or their children who wanted to experience living with the other parent for a while. Some found themselves without custody after a protracted and high conflict custody dispute where she lost the case or ran out of money to fight. There are as many different stories as there are NCMs. Why do we assume NCMs are unfit mothers?

There are two things going on here. One has to do with fatherhood and the other with motherhood. There are involved fathers who share equally in household labor. There are even stay-at-home fathers. Fathers can be competent caregivers. The horror that underlies negative reactions to NCMs rests on our low opinion (and expectations?) of the capabilities of fathers. If mom is noncustodial, then surely the children must be in harm’s way.

With women earning more post-secondary degrees than men, and comprising nearly half of the workforce, our contemporary understanding of motherhood remains stubbornly resistant to change. We still embrace a vision of all-encompassing motherhood and intensive childrearing. When a mother diverges significantly from this cultural ideal, she can feel resistance. Author, Rahna Reiko Rizzuto certainly does by revealing her unusual status as a noncustodial mother in Hiroshima in the Morning. While reactions to her journey have been mixed, there is a surprising level of vitriol directed as Ms. Rizzuto. On a television segment, Ms. Rizzuto reveals that she has received death threats because she unapologetically tells of “leaving her children” to follow her dreams. Television hosts have twisted her words, interpreting her statement that she never wanted to be a mother to mean that she does not love her two teenage boys. She has lost friends. She is routinely called selfish. Is it any wonder noncustodial mothers are not rushing to broadcast their status?

The NCMs I have worked with are lovely people who care deeply about their children. A few (also lovely people and caring mothers) have struggled with addiction or mental illness and disabilities. Despite their many differences, these moms all feel stigmatized by their status. Former stay-at-home mothers feel it strongest. But today, moms do not always get custody. Not even stay-at-home moms can take child custody for granted. Since the 1970s, courts have been rewriting custody determination standards in gender-neutral language. The tender-years doctrine from the 19th century (held that young children needed their mothers) lost its legal standing decades ago. Being the “Primary-caretaker” is also no longer the overarching determinant of custody decisions. Nevertheless, most divorce-related custody decisions are made without the intercession of the courts. Litigated custody decisions focus on “the best interests of the child,” which still does not imply that there is only one fit parent. Indeed, the vast majority of mothers and fathers who do not have primary custody of their children have never been proven unfit. For example, both mom and dad might be good parents, but if mom’s new residence is outside the school district, the court might be resistant to having children change schools. Dad gets primary custody, but mom is not “unfit.”

How can we help NCMs? Schools, workplaces, and medical offices should provide the same level of access, communication, and support that they provide to non-custodial dads. Although the laws in many areas support NCMs, prejudice and ignorance still prevent these moms from being fully included in their children’s lives. On a more individual level, non-custodial moms long to be treated with the nonchalance non-custodial dads experience. When meeting such a woman, ask her just what you would ask a non-custodial dad, “How old are your kids? What are their names? What do they like to do?”

Remember, not having custody of your kids doesn’t mean you’re not still their mother.

this was cross-posted to Vitamin W.co

Jacki Krasas is a professor of sociology and Director of the Women's Studies Program at Lehigh University who is conducting research on non-custodial mothers.

image by thomas hawk used under a CC BY-NC 2.0 license