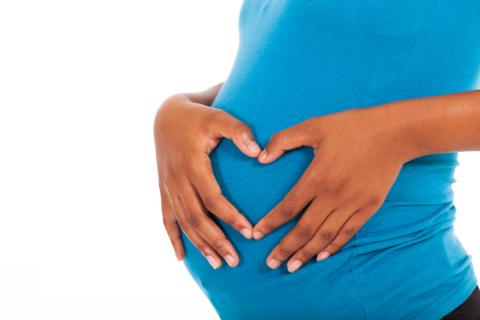 Mothers should not die giving birth. We need lawmakers on every level of government to step up. Take Action Now!

Kyira Dixon Johnson was excited to give birth to her second son, she was in good health with no pre-existing conditions. On April 12, 2016 at 12:30pm at Cedars-Sinai Medical Center in Los Angeles, CA , she delivered a healthy baby boy and spent the next two few hours bonding with her new baby. Within 24 hours, however, Kyira would lose her life.  The complications following the delivery of her son were preventable.

Women in the United States are dying from pregnancy-related complications at a higher rate than women in 47 other countries. This alarming fact must be addressed; pregnancy must become safe.

In March 2017, a bipartisan group of members of Congress introduced the Preventing Maternal Deaths Act of 2017 to support states in identifying the root causes of maternal death and severe morbidity.

To move the bill forward, we urgently need your help. Members of Congress need to hear from you and your family to understand why it is necessary to identify proactive solutions to ensure no more moms or babies die from complications of pregnancy.

Join us to call on Congress and the California state Legislature to step up the fight against maternal mortality and morbidity in every level of government!

In California, Kyira’s tragic story is unfortunately part of a greater systemic problem. In the past 5 decades, Black women have consistently experienced an almost 4-times greater risk of death from pregnancy complications than White women. This increased risk is independent of age, parity, or education.  While maternal deaths across the country are on the rise, with California being the only state that did not see an increase in maternal deaths, there are still troubling racial disparities in the state when comes to birth outcomes. In fact Black women in California are 400% as likely to die in childbirth as White women.

Taken as a community, African-American women in California have a maternal mortality risk comparable to rates in Kazakhstan and Syria, according to World Health Organization data.

Expecting mothers deserve better and we need lawmakers on every level of government to step up. Take Action Now!

Kyira and her husband moved to Los Angeles to receive care and deliver their 2nd child at Cedar Sinai. Kyira was given a c-section. During her c-section her bladder was lacerated. Although Kyira’s husband Charles alerted the doctor’s to check on her. Ten hours later Kyira was rushed into emergency surgery and immediately coded on the O.R. table.“We’re talking about a woman that’s not just in good health, we’re talking about a woman that was in exceptional health. No pre-existing conditions,” he said. “The troubling part, and the thing I want to call attention to – she was allowed to suffer and bleed internally for more than 10 hours while myself, my family, begged for the staff to take action.” said her husband, Charles Johnson IV.

Can you imagine going through what Kyira’s family had to go through? No family should have to. Like so many others who welcome a new baby into their lives, they expected to leave the hospital with a new addition to their family.  Instead, they have to live with the reality that Kyira will never come home, and her children will unnecessarily grow up without their mother.

Kyira’s death, like so many other maternal deaths, was preventable. Kyira did not have to die; her sons did not have to lose their mom. We must support her family by calling on the CA Department of Health to investigate Cedars-Sinai Medical Center in Los Angeles, CA for her death and for Congress to pass the Preventing Maternal Deaths Act of 2017.

Stand with the family of Kyira and  mothers and families in your state by pushing legislators to sign stronger maternal health protocols and recommendations into law.

Join us to call on Congress and the California State Legislature to step up the fight against maternal mortality and morbidity in every level of government.