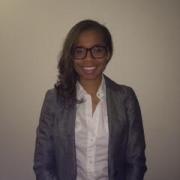 Ebony Slaughter-Johnson
Share This
Add your voice to the comments

They were not trained or professional activists. They were simply mothers who answered a call to action.

A similar, albeit less well-known, movement has emerged to take up the mantle on one of the most pressing civil and human rights issues of our time: criminal justice reform. Like Fulton, McSpadden, and Rice, many of these movement leaders are mothers, rendering this cause just as political as it is personal.

Tracey Wells-Huggins’s son was arrested when he was 14. He and a group of friends had been watching the outbursts of a street fight and wanted a closer look.  He was arrested despite not actively participating in the fight.

Her son was eventually cleared of all charges, but Wells-Huggins knew that all young people introduced to the juvenile justice system were not so fortunate. As a mother, she worried about the fate of children just like her son. Wells-Huggins reflected, “When this [the arrest] happened with my son, I was very, very much afraid of what could happen to him, what was happening with my child, that society didn’t see as a kid. I’m still afraid. Not just for what could have happened to him, but for every child of color that I see. I’m afraid for them, but fear is a great motivator.”

Drawing on her experience as a mother attempting to advocate for her child, Wells-Huggins created a family-oriented and family-led organization called Renewed Minds that seeks to address the stunning injustices that youth, especially those of color, face within the system.

Tracey Wells-Huggins is not alone in experiencing the trauma of the incarceration of a child or in using that personal trauma to effect change. In fact, she is just one of several mothers and other family leaders whose stories, strategies, organizations, and collective actions are chronicled in our new report from the Institute for Policy Studies entitled “Mothers at the Gate: How a Powerful Family Movement Is Transforming the Juvenile Justice Movement”.

This report employs the voices of family members whose direct experience has helped them become experts at confronting an unjust criminal justice system.

For example, mothers in Missouri, like Tracy McLard, are protesting to raise the age at which juveniles can be transferred to adult detention facilities on the way to eliminating adult transfer entirely. Mothers in California, like Dolores Canales, have put their bodies on the line, engaging in hunger strikes to end the use of solitary confinement for all those incarcerated, regardless of age or circumstance. Mothers in Michigan, like Lois DeMott, are testifying in front of state legislators to improve conditions and relations within the criminal justice system.

As families commemorate Mothers’ Day, this grassroots, family-based movement, sustained by the love of mothers across the nation, reminds us that mothers are leaders as well as nurturers, teachers as well as advocates.

“Mothers at the Gate” simply seeks to show mothers exactly as they are: powerful.