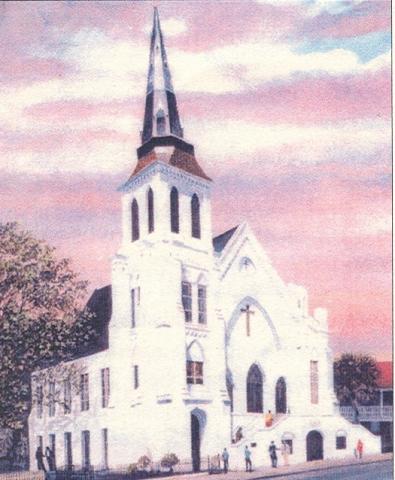 On the evening of Wednesday, June 17th, nine men and women - mothers, fathers and grandparents - were shot and killed inside the Emanuel AME Church in Charleston, South Carolina, an iconic African American house of worship known for centuries of human and civil rights activism.  As executive director and CEO of MomsRising.org, I released the following statement in response to the tragic shooting:

“What happened in Charleston is a tragedy for which we all must take responsibility. It was brought about by generations of unchecked racism and decades of almost non-existent gun safety laws. Worse, this tragic combination is not just limited to Charleston. It’s woven into the fabric of our nation.

"It doesn’t have to be this way. We must do better for our children, our families, and our country. We must build a world where Black and Brown people can walk down the street unmolested by the police or vigilantes, as well as worship without the threat of racially-motivated terrorism, and where all people are treated with fairness, justice, and equality.

"We must ‪#‎StandUpSpeakOut that all #BlackLivesMatter.”

MomsRising.org is an online and on-the-ground grassroots organization of more than a million people who are working to achieve economic security for all families in the United States. MomsRising is working for paid family leave, flexible work options, affordable childcare, and for an end to the wage and hiring discrimination which penalizes so many others.  MomsRising also advocates for better childhood nutrition, health care for all, toxic-free environments, and breastfeeding rights so that all children can have a healthy start. Established in 2006, MomsRising and its members are organizing and speaking out to improve public policy and to change the national dialogue on issues that are critically important to America’s families. In 2013, Forbes.com named MomsRising’s web site as one of the Top 100 Websites For Women for the fourth year in a row and Working Mother magazine included MomsRising on its “Best of the Net” list.  MomsRising also maintains a Spanish language website:  MamásConPoder.