Today the Family Medical Leave Act turns 20. Over the last 20 years, FMLA has been used an estimated 100 million times -- giving job protected unpaid leave to employees welcoming a new child, caring for an ailing loved one, or managing their own serious or chronic illness.

We asked our members to share their experiences with FMLA and were unsurprised to find that FMLA is intimately tied to life’s greatest milestones. From the mother who used FMLA to become mama to her newly adopted daughter to the mother who used leave to care for her father in his final days, the following stories illustrate how far FMLA has taken us and where we must go from here.

In 1992, Gwynne was 23 years old and working for a university in DC when her father was diagnosed with a terminal illness. She asked her employer for leave to be with her father in his final days and was denied. She sought advice from her employee’s assistance program and discovered that DC had just passed a new law –- a local version of what would later become FMLA. Gwynne applied for leave and it was approved.

“I knew it was a lousy time to leave, but I also knew it was early in my career and he was the only father I would ever have...I was 23 and an only child and my parents and I were extremely close. My mother was devastated by my father’s imminent death. So, whether it was being there late at night to listen to doctors’ instructions or to run to the pharmacy to pick up medication or to just spend time with him in the last weeks, it gave me such peace to spend that time with him during his last weeks. To have the conversations with him and to hear his advice for the last time in my life was an invaluable experience for me.”

Gwynne went on to have a successful career in her field and used FMLA again in happier times to welcome her son. She used the leave to breastfeed, bond, and wait out daunting childcare waitlists. On her two experiences with FMLA Gwynne says,

"You can't replace that. Not everyone can do that and I'm really grateful for the time I had...giving back to my parents in terms of caring for them and time together was huge. It influenced how I parent. And it has helped me move on with my life. I don’t have the guilt that others I know who have lost parents have. And it granted me a certain amount of serenity knowing that I spent that time with them in my father’s final days. In the scheme of things, 5 weeks was not a lot of time, but it meant everything. So, I credit FMLA with that and also for not derailing a rewarding career."

Other members also shared their experiences of using FMLA to care for a new baby. Danielle used FMLA for the births of her two children. Taking time to care for a baby was "like leaving one full time job to take on another." Danielle shared: "I was able to focus on this one job rather than the baby and my job. It's not something I would have been able to do otherwise. It gave me time physically and emotionally to get used to a new normal with a baby." 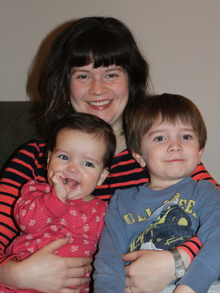 Danielle believes that allowing employees to take short-term leave benefits the employer in the long run. “You've retained your employee. And in the long-term, if you maintain a rapport, acknowledging that your employee has a job and a life, ultimately there’s long-term job satisfaction for the employee and the employer."

Without federal protection of her job, Danielle says she would have felt pressured to return to work much sooner. She counts herself lucky that she was financially secure enough to be able to use FMLA.

"FMLA is a great thing, but it's only great if you have the means to support yourself. If you don't, it's tough to make ends meet. FMLA protects your job and gives you the time, but it assumes you have a pot of money there to help meet needs. I think legislation to have paid sick leave and paid leave would be something for which to strive. In an ideal world, there would be paid leave available to families."

The "new normal" Danielle mentioned takes on a whole new level in the case of adoption. Our member Barbara used FMLA to become mama to 13-month-old Evie.

"I had been with the employer for eight years, so I was able to accumulate enough time, (12 weeks of FMLA and 4 weeks vacation). I adopted my daughter from China in March 2001. I had two weeks to go over and get her; there was a lot of paper work, etc.. So, I took two weeks to take care of the adoption and then once I got home I had 14 weeks left...And it was a really good time for my daughter and me to bond and have a more relaxed schedule rather than having the rush you experience when you’re working...I look back on that time as important in establishing us as a family."

Unlike Barbara, Polly didn't qualify for FMLA. Federal leave does not kick in until someone has been employed with the company for at least one year. When Polly had her first child her job tenure fell short. The company allowed her to cobble together one week of paid vacation and sick leave and to take 5 weeks unpaid leave. She had six weeks to give birth, heal and get to know her little one and then went back to work.

Two years later, Polly was in another FMLA loophole. She was working for a small non-profit that fell way below the 50-employee threshold at which FMLA kicks in. Fortunately, her employer recognized the value of family leave and granted her the 12 weeks of unpaid leave. Polly shared:

"I had a c-section, which is major surgery and it takes time for your body to recuperate. There are also hormonal changes and just caring for an infant requires a lot of time and energy. It's always hard to go back to work when you have a young baby but I was healthy enough to go back to work after the twelve weeks. Having a baby is such a life-transforming experience. You definitely need that time early on to re-adjust hormonally and catch up on sleep. I can’t imagine not having that time." 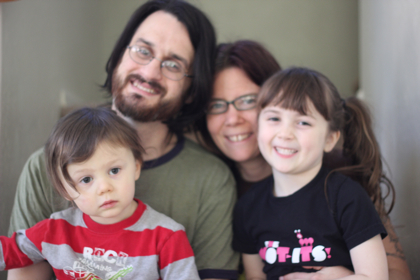 Twelve weeks may be enough time for someone to heal after a new baby, but for Marya it did not feel like nearly enough time. In 2001, Marya’s four-year-old son developed leukemia.

"When you have a baby, the 12 weeks flies by and you don’t feel ready to go back to work. And with a serious medical condition like cancer you aren’t through your treatments and you need more time. I had to go back to a normal schedule even though things weren’t normal."

Marya was able to parcel out her 12 weeks of unpaid, job-protected leave to see her son through the grueling process of chemotherapy.

"I can't imagine how much the stress would have been compounded if I had also had to face losing my job. So, I was able to take 12 weeks to care for my son and not worry that I wouldn’t have a job...Our son was born with Down Syndrome, so we knew he was likely to have some intense health issues, we just never imagined leukemia would be one of them. We were close to 50 percent of the time in-patient for 6 or 7 months. The chemo was so intense that they didn’t want him to be out of the hospital because his blood count was so low...He's 15 now and he did really well with the treatment. And I think some of what helped him to get through so well was that we were able to hold it together as a family because of FMLA." 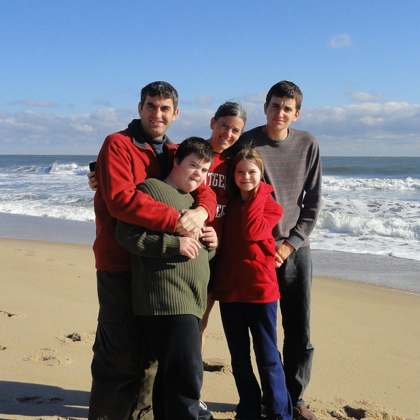 For all of these mothers, job-protected leave was an invaluable tool during the ups and downs of life. Each of these mothers was able to return to her job -- grateful, refreshed, mourning or exhausted -- but still return. Two-thirds of all families depend on women's wages to get by and FMLA ensures that some families will not lose that source of income in times of change.

Too many families cannot access FMLA today. Whether they fall into the loopholes of time served or number of employees or because they cannot get by with unpaid leave, up to 50% of all employees cannot use FMLA. Almost all families depend on having a mother in the workforce, and at 20, it is time for FMLA to mature. We need a family leave policy that reflects the reality of our families today. We work. We change jobs. We value small businesses and entrepreneurs. It is time for paid family and medical leave for all.