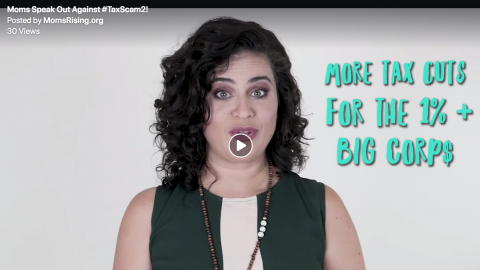 Moms speaking out against more tax cuts for the 1% and corporations! SIGN our letter now saying "vote NO on #TaxScam2!"

Moms speaking out against more tax cuts for the 1% and corporations!

With everyone’s attention focused on the Supreme Court nomination and the upcoming elections, the U.S. House of Representatives is hoping to sneak through more destructive tax cuts for the wealthy and big corporations! Good thing that moms have eyes in the backs of our heads! [1]

And we won’t stand for another tax scam benefiting the 1% and paid for by cuts to vital healthcare, nutrition, and education programs. We need investments in our communities and the programs that boost our families and the economy!

***SIGN our letter saying "VOTE NO on Tax Scam 2.0, and while you're there, check out our AWESOME new tax video clearly explaining why this plan is harmful to our families and economy!" 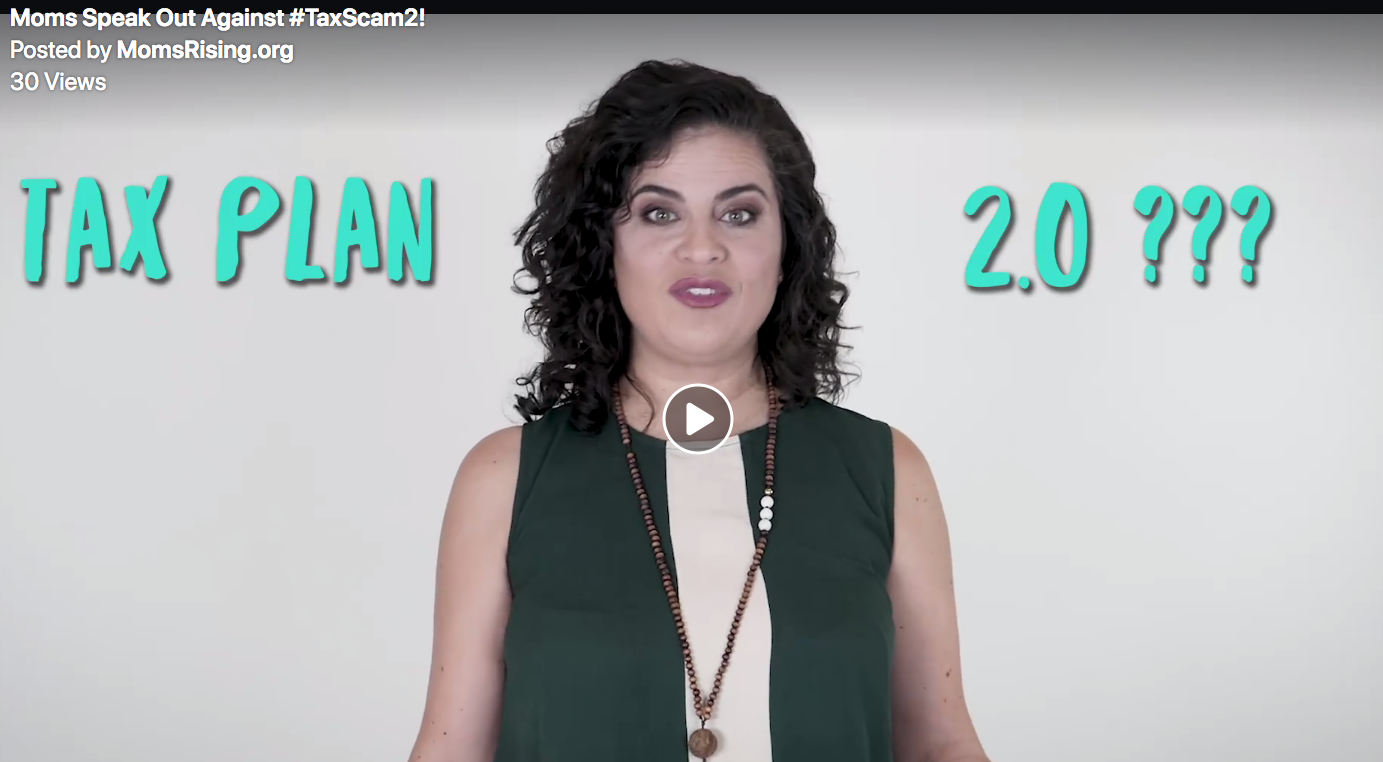 Here’s what’s going on: Despite the fact that the so-called Tax Cuts and Jobs Act, passed in December and only supported by Republicans, is wildly unpopular, the U.S. House of Representatives’ GOP leadership and President Trump are trying to pass a second tax plan before the election—or what we like to refer to as Tax Scam 2.0. [2,3] The House GOP leadership claim that their newest tax plan is going to fix glitches that were in the first bill, but in reality it further tilts the majority of the benefits to the 1% by making the 2017 individual tax provisions permanent. This would deliver even larger tax cuts to the top 1% than the bottom 60%. In addition, it makes permanent pass-through provisions that benefit the exact types of businesses run by the Trump family, while at the same time further ballooning our national debt. [4] There is close to nothing in there for our working families. See why we call it a scam!?

Moreover, the House GOP’s tax plan will cost $2.8 trillion (yes TRILLION!) over the next 10 years—this is even more than the first round of tax cuts, which cost $2 trillion. [5] To cover the ballooning deficit these new tax breaks will create, Republicans in Congress will demand even deeper cuts to Medicare, Medicaid, SNAP, and education programs. Like last year’s tax cuts, these new ones will do nothing to raise workers’ wages, create good-paying jobs, and reduce economic inequality. Instead, they will further rig the economy against working families and in favor of the wealthy, campaign donors, and big corporations.

We will not stand silently by as Congress chips away at the programs that boost our families and economy, all so they can give another tax cut to the 1%!

***SIGN our letter to your U.S. Representative calling on the House of Representatives to repeal the tax cuts for millionaires, billionaires, and wealthy corporations, stop the second tax scam bill from passing, and instead pass tax policies that boost working families!

The time to speak out is now! The House is expected to vote on #TaxScam2 next week. We want to send a loud message that we are paying attention, we are watching this vote, and we do not approve. After you watch our new tax video and sign our letter, forward this email to your friends and family and post our action link to Facebook. The more people that speak out, the better our chances are of defeating this upside down, horrible, terrible, very bad bill.

**Don’t forget to watch our new tax video explaining why the GOP tax plans are harmful to moms and our families, and then sign our letter to Congress saying “vote no on Tax Scam 2.0!”

Together we can make our families and our economy stronger!

P.S. MomsRising is co-hosting a Twitterstorm tomorrow (Friday, 9/21) from 12-1pmET to speak out against the House GOP tax plan 2.0 and speak up for tax policies that support working families instead of the 1%. Join us by using #TaxScam2.