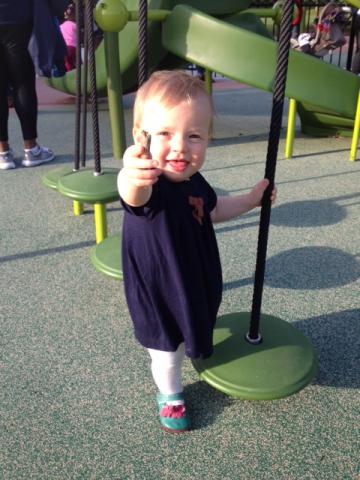 Moms Know How to Unite Us: Congress Should Follow their Lead and Pass FAMILY Act

Mothers often act us “uniters” in families, whether it’s settling petty sibling squabbles, or managing the more serious rifts and challenges that so many families face. And, more and more, moms bring families together as primary or sole breadwinners. Given this role, perhaps it’s not surprising that public policies to support working moms – and all working parents for that matter – also tend to unite Americans. In 2014, let’s celebrate Mother’s Day by calling upon Congress to follow moms’ lead and come together around a national paid family and medical leave insurance program.

Here in the nation’s capital, it’s easy to believe we live in a divided country – that Americans are as far apart from one another on most issues as are the furthest corners of the United States. But, although the political rhetoric in Washington might make us feel as though consensus is an ideal of a bygone era, recent polling on paid family and medical leave policies suggests otherwise. In fact, a strong majority (63 percent) of voters agrees that we need to put in place social insurance programs to guarantee that taking time away from work for family or medical reasons – something almost all of us have to do at some point – shouldn’t push workers out of their jobs or compromise families’ economic security.

Last December, Senator Kirsten Gillibrand and Representative Rosa DeLauro introduced the Family and Medical Insurance Leave (FAMILY) Act, which would create a national program, enabling employees to take up to 12 weeks of partially paid leave to recover from serious illness, care for a sick loved one, or bond with a new child. The program would be funded entirely by small contributions from employers and employees (about $1.50 each per week for workers making median wages).

The legislation is critical because so few workers – just 12 percent of civilian workers – have access to paid family leave, and only about 40 percent have access to short-term disability through their employers for personal medical leave. While three states (CA, NJ, and RI) have adopted their own paid family leave insurance programs, and five (CA, NJ, RI, NY, and HI) have public temporary disability insurance (TDI) programs, in the rest of the country,  workers only have the right to these programs if their employers decide to offer them – and far too few do.

Even some businesses that want to offer paid family leave can't, finding it too costly. However, the FAMILY Act would help businesses to do what they know is both good for workers and good for business. That's why a plurality of small business owners support the bill.

Yet, although some families are doing better than others when it comes to access to paid family and medical leave – and when it comes to economic security and job stability more broadly – workers of all political stripes, different educational levels, and other demographic differences tend to agree: paid family and medical leave insurance makes sense.

Why is it that so many of us can agree on paid family and medical leave insurance, when it seems so hard to agree on so much these days? Perhaps because these issues touch so many of us, even if they do so differently. Workers earning low-pay, struggling to make ends meet, urgently need the relief a law like the FAMILY Act would bring. But even women in powerful, well-paying jobs struggle when they feel pulled between their work and their families. Fathers also increasingly feel the strain of jobs that don’t take into account their growing caregiving responsibilities. Men and women who may not be parents, but who have parents (or sisters, brothers, grandparents, and so on), also know the pull of needing to care but not having time. Those who are both parents and caregivers to spouses -- or their own parents -- understand all too well what it means to be part of the “sandwich” generation. And all of us, whether we have to care for loved ones or not, are vulnerable to our own health challenges, which may require time away from work for recovery.

These caregiving and self-care obligations aren’t unique to red states or blue states, to high school graduates or those with higher educations, to low-income families or higher-income families. Rather, they are shared concerns, which is why it’s not so surprising that more and more Americans are coming together around the FAMILY Act, a bill that would not only improve life for the many workers who have no access at all to paid leave, but would also contribute to culture change that would help even those who already have paid leave.

In the spirit of mothers - and all the special people in our lives who unite us – let’s hope that our elected representatives can agree on this common sense policy proposal. Nothing would make a better Mother’s Day present!