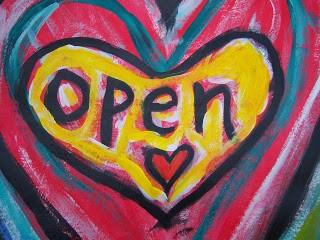 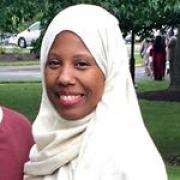 Cordelia Gaffar
Share This
Add your voice to the comments

So many have opinions about what the Quran is and is not. Coming from a very religious family, I have read several versions of the Bible and my studies led me to the Quran. After serving as an acolyte in my youth at my Episcopal church and as the great-granddaughter of an Anglican priest, seeking spiritual truth is literally in my blood. Fast forward to my adulthood, from my first reading of the Quran I was amazed. (For the first time, I felt understood and really got to know Jesus. That is a topic for another blog.)

The Quran is so amazing every time you read it you learn a new lesson or find a new pearl. So often we seek information in scholarly works these days by PhD-educated psychologists on how to raise our children, how to be successful in business and how to communicate in a nonviolent way. It is all written in the Quran. There are actually over 500 (out of over 6,000) lines dedicated to business transactions and laws. The remainder is on how to deal with humanity and the mercy of Allah.

Three years ago during Ramadan, I rediscovered this verse, or ayah (which means "proof" or "evidence") concerning Moses’s "may peace and blessings be upon him" [1] instructions from Allah (Arabic for "God") on how to approach Pharaoh.

The ayah sited here is 20:44, "And speak to him mildly (with soft words); perhaps he may accept admonition or fear (Allah).”

I rediscovered this verse in a lecture and the scholar (Mufi Menk) translated the Arabic word as "softly" while in my Quran the translator had chosen "mildly". As I am not an Arabic scholar, I looked in the English dictionary to distinguish the meaning for myself. Mild is defined as gentle or kind in disposition, manners, or behavior: a strong but mild man (given as an example). Soft is defined as offering little resistance; easily molded in the first and in the eighth as of gentle disposition; yielding unmanly (as an example.) [The American Heritage Dictionary of the English language].

This explains why the translator of my Quran chose "mildly" instead of "softly". A mild or gentle disposition can still be commanding and firm. On the contrary, soft implies no firmness. I also understand why the Mufti would select "soft" as the translation as the appeal was to soften the heart. However, since much gets lost in translation, we must understand the nuances offered in Arabic relating to dealing with humanity.

Moses and his brother, Aaron, may peace be upon them both, were being instructed to mold Pharaoh’s heart easily to make it yielding to the will of God. Their mission here was to go to Pharaoh and call him to Islam. As we know, Pharaoh was beyond the worst of tyrants, enslaving masses and declaring he was their lord and deity and creator. Therefore, they were embarking on a journey where they were inviting the most arrogant abusive disbeliever to Islam. Allah gives them instructions to speak using soft words. God is guiding them on how to deal in business and politics and choose words that will soften his heart to bring him to God and Islam. Why? When you are harsh in tone and word selection, it will drive people away from what we are trying to guide them.

You may be asking yourself why, I am recounting this story from the Quran. There are three reasons:

1) Christians, Jews and Muslims all know this story and all can relate to it.

2) There are similarities between Pharaoh and some powerful politicians.

3) It answers the question of what the Quran is and how Muslims are directed by Allah (God) to answer extreme oppression and adversity.

So in this day and age of word-slinging candidates, their uninformed followers and instigating mass media outlets, Muslims are taking the brunt of it. We will be banned, condemned, tortured, imprisoned, and treated the way Pharaoh treated the slaves and servants under his reign. Their worst crime was that they did not believe he was their Lord and Creator.

Muslims’ today worst crime is that we do not follow the status quo. Our practices, dress and traditions are severely misunderstood. Worse even is the fact that it is perceived that we do not speak up loudly enough against it. Sadly, the ones who do are not following the practices of Islam and have a political agenda and by definition are not actually Muslims. You know the ones, the “terrorists” outlets.

Strangely, according to Islam, the true “terrorists” outlets include the politicians, the media outlets and the ones using Islam in their political agenda to promote violent acts all over the globe.

Speech is something that we overlook as an act of worship. That is whether you are a Christian, Muslim or a Jew. How you talk to people can make or break your relationship with them.  We all often refer to How to Win Friends and Influence People by Dale Carnegie. The entire book could have easily been plagiarized from Muslim traditions between the Quran and Sunnah[2]. The Prophet (May the peace and blessings of Allah be upon him) said, “whoever guarantees the correct use of that which between the cheeks (tongue) and that which is between their thighs (private parts) is guaranteed Jannah (heaven or paradise).” So how do you mold the hardened heart?

Choose your words carefully especially with those closest to you i.e. your children, your spouse, your siblings, your parents, including your neighbors. As Muslims, taking care of your neighbors is actually a responsibility. Keep your tongue moist with the remembrance with compassion. See people as a mirror of yourself. How often have you smiled at someone and they smiled back? Conversely, how often have you just furrowed your brow and a someone looks away or even worst frowns and whispers?

Recently, a man had threatened me at a traffic light. He said,”What is wrong with you? You didn’t even stop. I know where you live!” I had mistakenly cut him off leaving our subdivision; yes, he was my neighbor! I wrote down his license plate and reported it to the police because I was shaken up. The officer told me without a video most likely he will not admit anything. However, when that man threatened me, I smiled and said, “Be forgiving, I made a mistake. Have a beautiful day! Have a better day!”

When the officer followed up with the man, he cried and apologized profusely. He said, “She was very sorry and smiled and I was trapped in my anger over something very personal. It had nothing to do with her. I would never hurt her or anyone else.” The officer was surprised. He said this is the first time that both parties actually told the same story and the accused party admitted their fault.

What if I had stooped to his level?

If I was not clear at the beginning my article, I am Muslim and have been practicing Islam for sixteen years. Two months before September 11th, I converted. My strongest weapon over the years and what I have taught my now six children is to smile and speak softly. People have to be closer to hear you and will be drawn to you by your open heart. A tongue used to constantly praise and worship cannot use vulgar language. If you want to bring hearts closer to you or to open hearts to you, speak softly. This is direct advice from God. It will make you successful not only in this life but in the Hereafter.

[1] Out of respect for our prophets we always pray for them by saying” May peace and blessings be upon him” with every mention of their name.

[2] Sunnah is the collection of sayings of the Prophet of Islam, Muhammad, May the peace and blessings of God be upon him.