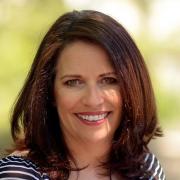 Liz O'Donnell
Share This
Add your voice to the comments

Last Sunday’s New York Times article “Wall Street Mothers, Stay-Home Fathers” may focus on a small but growing sliver of couples in the privileged world of Wall Street, but there is a message in there for all working parents: stay-at-home fathers are not like stay-at-home mothers, and actually, we shouldn’t want them to be.

Authors Jodi Kantor and Jessica Silver-Greenberg feature a group of Wall Street women who are married to men who stay home. Free from the burdens of domestic duties, the women are able to focus full force on their careers. Mostly.

Just past the halfway mark in the article, the women start to discuss how their husbands approach their roles as the primary caregivers and homemakers. One woman points out her husband doesn’t multitask and that for him, “laundry is an activity.” Several of the women said, “They resented the fact that their husbands did not cook or clean up.” Bingo.

These men are on trend. A few months ago Pew Research Center published a study that looked at the growing number of stay-at-home fathers in the United States. Approximately 550,000 men are staying home with their children while their spouses work, representing about 3.5 percent of all couples - double the number since the 1970s.

What was interesting but not at all surprising, was the study found that while stay-at-home fathers do more housework and child care than working fathers do, the amount of time they devote to these activities isn’t much more than their working spouse does. When dad stays home, he averages about four hours more per week of housework and two hours more per week of childcare than his working wife does, but eight and nine hours less on housework and childcare respectively than a stay-at-home mother does. Regardless of working status, there’s a significant gender-based housework gap.

While writing my recently published book Mogul, Mom & Maid: The Balancing Act of the Modern Woman, I interviewed women from all across the country, in all different industries, about how they juggle work, house and marriage. And what I heard were stories of women trying to strike a manageable balance between career and home, between their household responsibilities and their spouses’, and between two different approaches to parenting and housework within their own home.

Over and over, women told me that even in marriages where they split chores like cooking, cleaning, laundry, and lawn care, it is the woman who shoulders the burden of invisible tasks like scheduling doctor’s appointments, registering for camps, and organizing social activities. And these invisible chores take up as much mental focus and energy as the physical tasks.

I spoke with Sharon, a full-time working mother, who splits chores with her full-time working husband.  He handles home repairs; she handles the laundry. “It’s not just the laundry,” she tells me. “It’s the mental awareness of the laundry. I know my son has only seven pairs of pants. I know it’s swimming day on Tuesday. I think through if his swimming stuff is packed up, including the swim cap. It’s the small details.” Sharon’s husband helps by driving the car pool. But it’s Sharon who organizes the car-pool schedule.

And then I met Tania, sole breadwinner for her family. Tania says her husband defines the role of stay-at-home spouse differently than many women do. “The men see what quote, unquote, stay-at-home-mothers do, and only see the physical. The roles of stay-at-home women and men are not interchangeable. I don’t even know if the guys know what the job description is.”

Clearly role reversal is not enough to close the housework gap – both visible and invisible. And really, would we want it to be? Shouldn't we embrace the different styles of both parents - as long as the load is split fairly? The answer to the challenges of working parents isn’t to simply have mom and dad switch places. No, we need to get to a place at home where husbands and wives have a truly equitable split of responsibilities. Serena Chen, a UC Berkeley psychologist, studied the correlation between household duties and career ambition. One of her conclusions was that, in order to realize true gender equality,  “women may need to at least partially abdicate their role of ultimate household deciders, and men must agree to share such decision making.”

And then we need to get our employers to a place where they are embracing truly flexible work cultures, not just offering some flex policies that employers are afraid to access. The realities of most working couples is that both partners have to, and often want to, earn. The sooner the work world embraces this idea and let’s go of the outdated model of one earner, one homemaker, the better of we’ll all be – whether our laundry is folded or not.