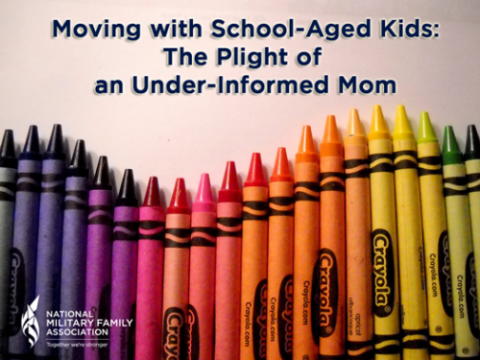 #MilitaryMonday: Moving with School-Aged Kids: The Plight of an Under-Informed Mom 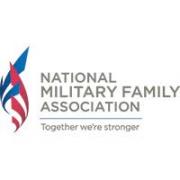 Our kids attended Vicenza Elementary School in Italy for two years. As we prepared to move back to the United States, I was nervous about the transition to new schools. Will the kids be behind academically? Will they make friends? Will the curriculum be very different? Will they adjust? As it turns out, my time worrying could have been better used learning more about the Interstate Compact for Military Children. I took the crash course when we made it to Georgia.

After an expedited move from Italy to Georgia and our first home purchase, we drove from our closing (paperwork in hand) to the county office to register our three kids for school. Our youngest was entering first grade, our middle was entering fourth grade, and our oldest was entering seventh grade. We had our copies of sealed school records, test scores, and other required documentation. I was hopeful it was all we needed. The logistics required to get them registered was challenging enough; finalizing the process with the individual schools would surely be a breeze. Or so I thought.

This is not a school-bashing story. It is the plight of an under-informed mom.

We started with the elementary school since we had two kids entering, and “meet the teacher” was the following day. To my surprise, the envelopes of records were opened and promptly returned to their manila home. There were no assessments, no questions about the kids, not even a form to share information about their learning style, or strengths and weaknesses. There was an emergency contact form, and buried half way down the page was a simple question; is your parent in the military? I was told there would be time to schedule a conference with the teachers once school began. With that, we were ushered out the door.

I left feeling frustrated and angry. How could my child, or any child, succeed in what seemed like random placement? My 6-year-old went on to struggle through the year despite conferences and frequent email communication–but that’s another story entirely–one I plan to share when I reach the top of that mountain. My son did fine and I was thankful for that.

We drove to the middle school, hoping to catch someone in the office as the afternoon hours were quickly disappearing. We were pleased to be greeted by the principal, and introduced to the school’s resource officer. My daughter’s envelope was opened and reviewed on the spot. My excitement quickly faded when we were told that the grades for the standardized tests she took in the DoDEA school would not be considered, and that her gifted placement would also not be considered. What? Why? Looking back, I asked myself: why didn’t I know about the resources in place to protect her?

I had heard of the Interstate Compact for Military Kids, but I didn’t take the time to understand it, or know how to use it.

We left the school that afternoon under the advisement that our daughter would need to test into accelerated math and gifted classes. Our child, who maintained an A average over 7 years in school and 5 moves, who did well on standardized tests, participated in student government and numerous sports and activities, wasn’t even given a chance to be placed at her current level until she was tested.

I can tell you now – that is not okay. Our kids have rights, and armed with accurate information, we can fight to protect them. I read about the Interstate Compact all night. I made calls to check facts, and I made copies to take to the school.

Weeks later, before any testing was done, she received an invitation to enroll in gifted classes citing her grades, test scores, and previous gifted program testing. Ironically, this was all the same information we provided before school began. She went on to finish seventh grade with two gifted classes and an accelerated math class. My military child fought for herself and earned her grades and ultimately her placement.

From one parent to another: know your child’s rights and fight hard to protect them. Moving from school to school is tough, but I know first-hand that our military kids are tougher!

This blog originally appeared on the National Military Family Association’s blog “Branching Out” and is written by Kim Edgar. You can find the original post here: https://blog.militaryfamily.org/2015/10/07/moving-with-school-aged-kids-...