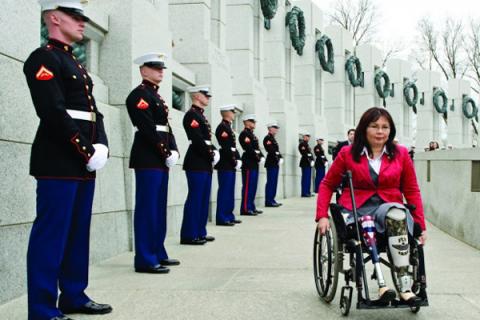 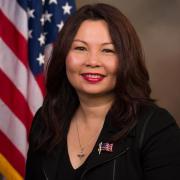 U.S. Representative Tammy Duckworth
Share This
Add your voice to the comments

Less than two years ago, I was blessed to become a mother. I wasn’t sure I’d ever be able to have children. Like many military women, I waited to try. When I became a helicopter pilot, I was usually the only woman in all-male units—and in that highly competitive world I didn’t want to take any time off. My goal was to get a battalion command, and that meant meeting a lot of career benchmarks. That took years. The entire time, I was competing against the others who wanted a battalion command too. They were all men who could have children without taking leave. As a female pilot, however, I would be grounded due to a pregnancy. I didn’t want to fall behind by taking time off to have children. I thought I had time.

I was almost 36 when my Black Hawk was hit by an RPG over Iraq. My husband Bryan and I had talked about having kids after my deployment, but then I was wounded. I lost both my legs and partial use of my right arm, then spent 18 months at Walter Reed recovering. When I finally decided the time was right to have kids, I was 40. After a long struggle with infertility, at 46 with the help of IVF treatments, Bryan and I welcomed our beautiful baby girl Abigail into our lives, and we have been so fortunate to be able to spend time with her and watch her grow.

We’ve been lucky and love every second we get with her, but not all military parents have the same opportunity to spend time with their children as we do. But they should, because strong families are the backbone of a strong military. 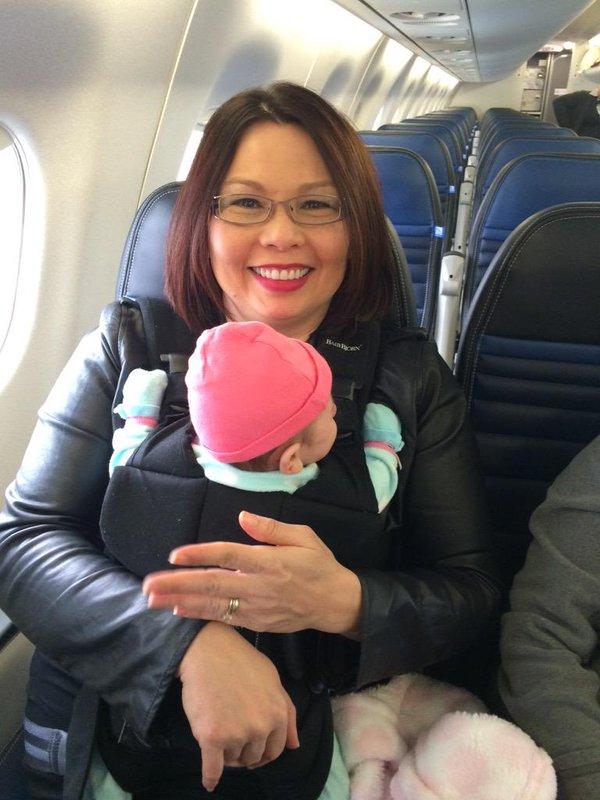 Though the Department of Defense is taking positive steps to improve parental leave policies, the fact is the improvements don’t go far enough. They still—unintentionally—discriminate against some families and unfairly create separate groups of “haves” and “have nots” among military children. Even with the new changes, it’s still a confusing mess that has to change.

Under the current system, you get a certain amount of leave if you give birth to a child, less time if your spouse gives birth, and a different amount of leave if you choose to adopt or foster a child. But children are children, and they don’t get to choose who their parents are. All children deserve the same opportunity to bond with their new parents, whether their parents gave birth to them, adopted them or happen to be a same-sex couple.

Our modern military has made important strides in recent years, including repealing Don’t Ask, Don’t Tell. But even though we’ve taken these steps forward and married same-sex couples can now serve openly together, we are still telling their children they are not as deserving of time with their parents as children born to heterosexual couples. A child adopted into a same-sex, dual military family gets significantly less time than a birth child of a heterosexual, dual-military couple—just 21 days with one of their parents and none at all with the other. These leave policies make it more difficult for adoptive and same-sex parents to bond with their new child.

That’s not fair, and it should end. I don’t think the Department means to tell kids who are adopted or fostered that they are less worthy of parental bonding time than biological children, but this outdated policy does exactly that. In order to update these antiquated, discriminatory policies, Congress needs to take action.

That’s why this year, I introduced the Military Parental Leave Modernization Act—a bill to ensure that all military children have the same opportunity to bond with their new parents as other children.  My bill would consolidate the Armed Forces’ disparate and confusing parental leave policies into a single policy to allow all servicemembers—regardless of gender or sexual orientation—to receive at least 12 weeks of paid parental leave to care for a new child.

In order for us to maintain the greatest military the world has ever known, we need to depend on the strong and resilient families that sacrifice so much for it. My proposal offers improved parental leave and benefits that will not only add support to current military families, but it will also help the military recruit and retain top talent and strengthen our Armed Forces. And my legislation would finally end parental leave policies that unintentionally treat children of same-sex couples and adopted children as “less than” and put them into one consistent and equitable policy that treats all children the same.

Let’s make sure all parents have the same opportunities I had—the chance to develop strong and lasting bonds with their children. Let’s pass my Military Parental Leave Modernization Act.