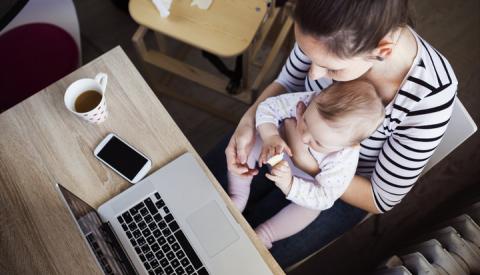 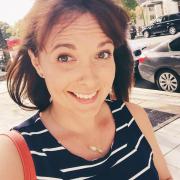 Erica McMannes
Share This
Add your voice to the comments

Since 9/11, a new generation of military spouses has emerged; women and men married to service members who want to maintain a career or business as they follow their spouse where the military demands. The military lifestyle requires out-of-the-box thinking to create a transportable career and, with creativity and grit, many spouses have turned to entrepreneurship to create their own financial and personal future while their service member spouse advances in
their own career.

The one thing that continues to stand in the way of military spouses achieving their entrepreneurial goal, a goal that would benefit the military itself in retention of service members and their families is, surprisingly, the military itself.

There are no military-wide approval processes or guidelines for operating a home-based business on post. Yet, these businesses are required by the military to register with the installation. Because of this, decisions are made on an installation-to-installation basis.

Military spouses who live on post are told again and again to wait long periods of time for approval to operate a business out of their quarters and, for many, the approval never comes. In the meantime, military spouses are told to cease operation of their thriving and successful, income-earning businesses until they receive approval. No successful business model supports a cycle of 4 to 6 week closures every 2 to 3 years.

What types of businesses are we talking about? The very types of businesses military spouses are being encouraged by the Department of Defense to pursue due to their
mobility. Freelance, consulting, remote/telework, food service, multi-level marketing, and start ups are just a few examples. Military spouse entrepreneurs are on the rise. Many of these spouses function as 1099 contractors, full time remote employees, legal consultants, software developers, LLC or C Corp owners, and many maintain contracts and/or a consistent, high income client base.

The lengthy wait time and subsequent denied requests destroy businesses carefully grown by military spouses who have already sacrificed many of their own career goals and income making opportunities in the wake of the challenges of military life. And, to add insult to injury, these same spouses are being told by military-affiliated organizations and government endorsed non-profits that serve military families to strive for gainful employment, yet the policies in place remain one of the biggest obstacles for military spouse business owners.

The process for establishing a home based businesses from post to post is not standardized. Spouses must get approval each time they move. The final decision comes down to the garrison commander who the applicant may never get to meet.

It is important to note that although most military housing is privatized, it is often not theprivate housing companies that are denying approval of operation of home based
businesses. The approvals from the private housing companies are often fast with positive results for the military spouse. It is the military’s process that is difficult and often has a negative outcome.

Having navigated for weeks through piles of paperwork and approvals and inspections, imagine hearing the news that your business has not been approved to operate? In the meantime, you have not pursued other employment options taking months off of a timeline of less than two years of being stationed at that location.

The kicker: many spouse owned businesses are being told “no” because they are said to compete with AAFES, the stores operated on post by the DoD. While the explanations are long, including the traditional “AAFES funds MWR programs and we don’t want to take away from those funds,” it boils down to the DoD denying competition for the stores they operate.

This is in direct conflict with the free market system of the United States that is such a large part of our country’s ethos. There seems to be a failure to recognize that more financially stable families spend more at AAFES. And spouses who are gainfully self-employed tend not to move to find employment elsewhere, thus spending more money on post and volunteering within the community.

Failing to fix this problem impacts the quality of life for military families and retention of active duty members. We realize is always easier to say “no” than “yes,” especially in a highly-regulated environment, and especially when something hasn’t been done before but:

The solutions for this problem are simple ones. Let’s start with the Army:

INCLUDE military spouse stakeholders in the discussion and creation of these above lists.

Many organizations, including the Department of Defense, have recognized through studies and reports that military spouses are underemployed. This impacts quality of life and adds to financial concerns, which in turn impacts the retention of service members. Let’s solve this problem. NO more studies. NO more reports. NO more reasons to avoid putting forward solid, actionable
solutions that can only be hindered by unnecessary over-complication of this issue.

This article was written by a coalition of military spouse small business owners and originally appeared on the Huffington Post. Visit www.musterup.co to sign our petition and join a growing number of voices in support of positive, real-world change for military spouse entrepreneurs.