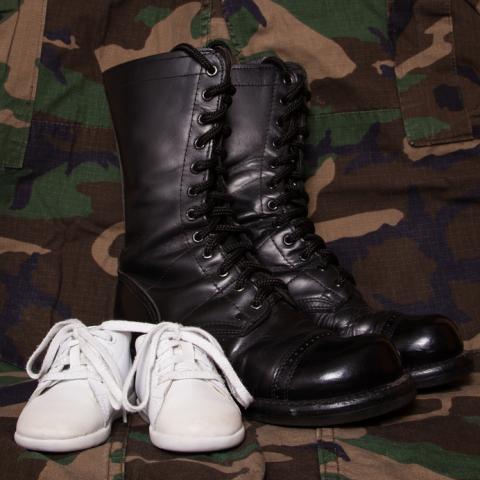 #MilitaryMonday: From Soldier to Veteran: A Reflection 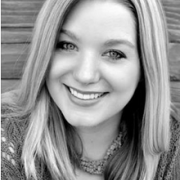 Amber Flenner
Share This
Add your voice to the comments

I lost part of myself today. The biggest part, really, up until I became a mother. The part that defined me; before I was a daughter, a sister, a friend, a wife, a student, a person…I was a Soldier. It was the path I’d chosen for myself when I was just barely 17 and desperate to find something to be proud of and a place to call home. Whole parts of me were made in the heat and the sweat and the altogether terrifying at age of nineteen in Iraq, other parts made from the mundane experiences we all share as service members: push-ups, formations and that damned star-chamber (the slot in your M16 rifle where your bolt slides into your upper-receiver; the first place someone will check for carbon and the last thing you can get clean). But as of today, I am no longer a Soldier, and I am not sure exactly what that makes me, or what I have left.

I knew from the moment I put my uniform on that I would spend the next 20 years of my life in the military, I had chosen the Army National Guard with plans to use the college benefits for my degree. I had plans for my career, goals of which rank I would be promoted to and when. The structure the military afforded me was something I’d never known, and I think that I excelled at being a Soldier. I grew up in uniform, really, became an adult while wearing combat boots. I’d written my last will and testament while wearing them at 19, I’d fallen in and out of love, gotten married and divorced, deployed to Iraq, guarded trucks filled with human remains, learned the difference between incoming and outgoing rounds while in my Army Combat Uniform (ACUs).

It was the reason I started college late, at almost 21, in classrooms filled with children I couldn’t relate to—loud, complaining children with nothing more than parties and drinking on their minds—all while carrying the same assault pack that I’d carried in Iraq, now filled with books instead of extra ammunition. I’d been accused of going to college on blood money, of “killing people” for fun. I was used as the “token veteran” and had been asked to speak on behalf of my generation, as if I could. Many times, my contribution as a female soldier was dismissed, and I watched as my fiancé was thanked for his service while I was ignored at best, and reduced to a "paper pusher" at worst. Nothing, though, made me question my commitment to my path.

That was true for 10 years and 10 months, four years into my second enlistment, when the unthinkable happened, the thing I had shelved as impossible until my career was over; I found out I was pregnant. While most soon-to-be mothers celebrated their pregnancies, I was devastated and angry. I thought about my career, my impending three-month military school—the only thing that stood between me and my promotion to staff sergeant at age 27—my priorities! My husband attempted to hide his excitement while I did little to hide my disappointment. I struggled with the thought of being a mother when I didn’t have one myself and whether or not I could be as good of a mother as I was a Soldier. When I could no longer fit into my uniform and had to wear a maternity one for the first time instead, my husband found me crying in a corner in our bathroom. It was then that I realized that the two biggest parts of my life were in direct contention with each other and I had no idea how they could co-exist. Needless to say, it took months to begin to feel okay with the idea of being a mother and even longer to celebrate it. I had always judged females who chose to separate from the military due to pregnancy. “They’d signed a contract!” I thought. They had an obligation! Who cares about a child, couldn't someone else babysit? Empathy wasn’t my strong suit—clearly.

With this in mind, my husband and I made the decision that I would go into the Inactive National Guard for one year; it was one of three options afforded to me, my husband told me that the other two (getting out completely or just taking the six-week maternity leave) weren’t really options I should consider. The year off would give me time to spend with my daughter before leaving for school, at which point I would just throw the uniform back on, I thought, and head off to another state while my husband managed the household and the baby. I planned to visit on the weekends until I graduated from the course. If not, an option to complete the course online had also been mentioned. My plan worked incredibly well until 9:34 p.m. on May 21st, 2013… the moment my daughter was born.

At that point, and in the weeks and months that followed as I watched my daughter grow, I tried to imagine walking away from my baby for a deployment, for a school, or even for a weekend. I couldn’t picture it without breaking down. My husband, an active duty soldier himself, was also likely and already scheduled to be away for weeks at a time, if not longer. It’s a struggle many military wives go through, but who would watch our daughter if we were BOTH called up to deploy at the same time? Our family-care plan had been narrowed down to my father, a 100% disabled widower who lived nearly three hours away. This was not the best option, but our only one, unless I chose to pursue a hardship discharge, the thing I’d been so quick to judge my soldiers for taking themselves; the easy way out. As my year in the Inactive Guard drew to a close, and the option to complete to course online fell through, I became increasingly anxious about the thought of leaving my wholly-dependent, still-nursing baby within her first year of life—or ever.

The hardest decision I have ever had to make was my decision to leave the military before my enlistment was up. It is something I changed my mind on no less than a dozen times after I submitted my paperwork. In the months between submitting my packet and now, I’ve had a hard time reconciling who I was with who I have become. I have carried an M16 and a baby, I have braced for mortar rounds and tantrums. I have invisible wounds from war and very real, physical scars from childbirth. The sounds that will always disarm me are the Call to Prayer and my daughter’s cry. I have searched people for explosives and diapers for, well, explosions. The two most terrifying trips of my life were the ones I made as the driver of a HMMWV through small arms and mortar fire in Corregidor, Iraq, and the first trip home from the hospital with a newborn. I am equally as proud of surviving both.

Walking away from my career is something that I did, and still do, look at as a failure, that I failed myself, country, friends. There is something significant and gratifying about being able to say, “I am in the military, I AM a soldier,” versus the past tense version of the same set of sacrifices. Part of me held out hope that my packet would come back stamped “discharge denied,” further proof that I belonged in uniform, proof that someone smarter than me knew how I was going to find a balance between being a soldier and a mother, as so many have.

So, you see, when my husband handed me the large envelope from the Adjutant General’s office, my name and rank written on the front, I wasn’t quite ready to give up. I held it in my hands for a long time before opening it, replaying my military career in my head: the Iraqi women I had searched for bombs to make their neighborhoods safer, the friends I have made, kept and ultimately lost—some of the best that my generation had to offer—and the lives that had been saved because of my attention to detail in my job (fixing weapons and weapon systems).

Before I opened it, I looked over at my daughter, asleep in the car seat next to me, and wondered if she might ever know that I was good at something other than singing silly songs and playing peek-a-boo. My daughter will never remember seeing me in uniform, she already equates a military uniform with “daddy work.” I will exist as a Soldier to her only in pictures and over-recited war stories, unlike her father, who she will watch retire in a few years. Would she know that I showed up and sacrificed, and that I’d ultimately chosen to be her mother over being a Soldier? And would it matter, in the end?

To read the words “Honorable Discharge” on a paper with my name below it broke my heart and my spirit. With one year left on my contract, I was both released from my obligation to my country and yet not sure if I had done enough to have made a difference in it. Before I knew it, I was crying uncontrollably. My husband parked the car and came over to me, wrapped his arms around me and said two simple words, “thank you,” and I knew that he was thanking me for choosing our family over my career so that he didn’t have to. He held me until our daughter woke up, asking for me before her eyes were even open. As I rescued her from her car seat, I hugged her like it would be the last time I’d see her, but breathing a sigh of relief because finally, I knew it wouldn’t be.