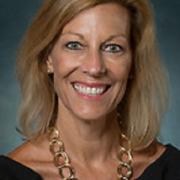 Martina Leinz
Share This
Add your voice to the comments
Voice.  We all have one, it’s time we use it.  We must speak out about the injustices and dangers the Trump administration poses from attacks on our healthcare, our immigrant and LGBTQ communities, and our reproductive rights, to our disastrous foreign policy.  And it is that latter point that I want to focus on now.
Since he took office, Trump has provoked North Korea, made moves to pull us out of the nuclear deal with Iran, heckled and baited our allies, thrown his Secretary of State under the bus, and shown a blatant disregard for history, alliances, diplomacy, pragmatism, and thoughtful discourse.  His actions have been so egregious that Sen. Bob Corker, a member of his own party, said Trump is driving us towards World War III.
Trump’s rhetoric threatens to destabilize the entire world order. This should alarm everyone, but particularly those who put their lives on the line for the United States in military conflicts and the families that love and support them.
So speak out.  Let the White House know how you feel. Ask your Representatives in Congress to support and co-sponsor legislation introduced by Senator Ed Markey (D-MA) and Representative Ted Lieu (D-CA) that would prohibit the president from launching a nuclear strike without a congressional declaration of war.  Flaunt your military credentials – it matters.  It gives you the opportunity to use your voice because it is one that is respected on both sides of the aisle.  Write Letters to the Editor in your local papers and in military publications.  Share your concerns on social media.  Talk to your friends and neighbors.
If Corker is right and Trump has us on the precipice of World War III, we have a moral obligation to try and stop him.   Staying silent is not an option.