Memoirs of a Wimpy Kid: Why Buying Books For Our Kids Matters. A Lot. 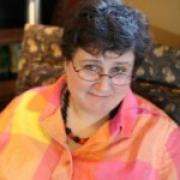 “So how do I make my little boy as clever as you are?” The question came out of nowhere. We were teenage waitresses in a Wimpy hamburger joint in a working-class town in England, taking our  break squeezed together in a little red naugahyde booth, chowing down on the greasy burgers the management allowed as afternoon snacks.

I paused, mid-bite, and turned to look at my co-worker. She wasn’t mocking me, as some of the girls might have. After all, I was a Scot, the only kid who worked in the café who didn’t come from a Cockney home, and, even more awkward, the only one who had any hope at all of staying on at school past the age of 16, much less of going to university. That made me stand out a bit.

That conversation of more than thirty years ago came back to me when Businessweek reported recently that kids who do best in school are those who come from homes with lots of books.

Neither of my parents were huge readers. But they did a terrific job of encouraging my development of a life of the mind by buying me books. Lots and lots of books. It was books that began my education in history, and led my on the path to a doctorate.

I’m not suggesting that libraries aren’t  vital to kids’ development:   I picked up my first history book, which was about the British suffrage movement, from our mobile library. And let’s not forget the power of good drama to jumpstart a kid’s imagination: Watching the 1974 BBC TV series “Shoulder to Shoulder “ inspired me to pick up that book in the first place, dramatizing the militant suffrage movement of Edwardian Britain, with its shocking scenes of proper ladies chucking rocks through windows, and the even-more shocking forced-feeding of hunger-striking imprisoned suffragettes.

But my interest did not wane when the series ended, because my parents bought me the companion volume to “Shoulder to Shoulder.”  Long after the series had ended, in those pre-VCR/DVD days, and long after the library books were returned (most likely with fines attached), I still had “Shoulder to Shoulder”, the book, to nurture my interest in history. I continued to dip into that book for the rest of my youth . . . and to the present day.

So much of education can and must take place outside the classroom, and especially in humanities subjects like history. You can only force-feed facts to kids for so long before they stop caring. As a teen, I wasn’t an enthusiastic student in most school subjects. But thanks to two amazing teachers, my interest in history continued to develop. Their goal, as should be the goal of all history teachers, was in large part to stimulate our interest, so that we would want to read for ourselves.

True enough, I became an enthusiastic reader of history, but our school and town libraries were sadly lacking. And so my mother took me on annual trips from our bookstore-poor working-class town to nearby Cambridge, so I could pick up specialist texts which, in those pre-Amazon and chain bookstore days, were incredibly hard to find.

It took some years, but I finally found my ideal learning environment in a doctoral program, where most of my time was spent reading history books and talking about them.  Most people have absolutely no clue that a doctoral program in history and other humanities subjects is markedly different from undergrad degree programs, at least in America: I was startled recently when someone was surprised that I speak publicly about World War II Britain, without having “taken classes” in the subject. Fact is, by the time you reach a certain level of formal education, the only education that matters is reading and discussing.

So why should parents pay attention to this new finding? After all, every indicator suggests that it is poverty, above all, that harms kids’ education.

Yet, until now, we haven’t focused on why middle-class American kids for whom poverty is hardly an issue generally don’t work to a high standard.

Part of the problem is our obsession with “achievement”, rather than with encouraging kids’ intellectual curiosity: A random sample of school mottos will confirm this, with their trumpeting of “excellence.”  My own experience, both as a learner and as an educator, convinces me that where we fail is not in putting noses to grindstones, but in cultivating intellectual curiosity, and a love of learning for its own sake. And it’s hard to communicate to your kids that you value learning if you don’t buy books for them, when you can obviously afford to do so.

It has been more than thirty years since I worked in the Wimpy. A year after my conversation with Debbie, I moved to the United States. I have no idea what became of her, or of her son, but even after decades of education and life experience, my advice remains the same. Buy books for your kids.

When we lift up babies and families, we all can soar.