Member Voices: They love us, but do they listen to us?

Kelly Singleton Dalton
Share This
Add your voice to the comments

I was inspired to write this, my first blog post for MomsRising, after witnessing much of the last couple weeks of American Democracy in Action on TV: the Republican and Democratic National Conventions. It actually was rather entertaining—the total lack of objectivity from any pundits, regardless of which "news" channel I watched; the lame jokes (my personal favorite being the somehow simultaneously angry-and-bored Reince Priebus's bellowed quip about how President Obama has never seen the inside of a lemonade stand, which doesn't make sense to me because no one has seen the inside of a lemonade stand, because a lemonade stand doesn't have an inside, because a lemonade stand is a table set up on your front yard); the number of different ways people managed to wear the American flag (A hat! A shirt! Some sunglasses! A bigger, crazier hat!). 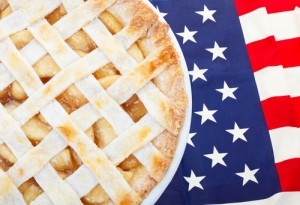 Of all the entertaining excesses of the conventions, however, the one I was most struck by was the amount and intensity of homage paid to women in general, and mothers in particular. It's not surprising—after all, I keep hearing all about how women voters will decide this (And every? Don't we hear this every time?) election. So, I wasn't shocked to see pretty, polished Ann Romney gleefully proclaiming "I love you, women!" or hear First Lady Michelle Obama confirm that, although solving the problem of childhood obesity and helping military families are pretty high on her list of priorities, her role as "Mom-in-Chief" is still the one most important to her. The general message, from both sides, seemed to be that everyone knows who really matters, who is really important to the success of our society, who really makes things happen in our families, communities, and nation (as Ann Romney put it, who really "hold[s] this country together")—Women! Women are great! Especially mother-types of women!! Because, you know, hugs and cookies. Yaaaay women!! It sure was nice to hear such enthusiastic praise, especially because it wasn't even Mother's Day. I, and you too, are the angel mothers to whom America owes all that it is or hopes to be! Abraham Lincoln said so, and our two political parties agree.

The problem with this lovely, grateful, encouraging rhetoric is that nobody seems to really mean it—on either the micro or macro levels.

Before I became a stay-at-home-mom when I gave birth to my son two year ago, I was an officer and search-and-rescue (SAR) helicopter pilot in the Navy. I was trained to conduct SAR operations over land and water, shoot laser-guided missiles at enemy targets, track and torpedo enemy submarines, and land my helicopter on dark nights in the middle of dusty deserts. I made two combat-time deployments aboard nuclear-powered aircraft carriers and spent a cumulative year and a half of my young adulthood at sea. People I knew and met were interested in—and sometimes impressed by—the details of my daily life then, although frequently the conversations verged on the absurd: "You mean you ACTUALLY (moving hands like mixing two imaginary bowls of pancake batter) FLY???" No. The Navy pays people to sit shotgun in multi-million dollar aircraft so the real pilots can take the carpool lane.

Now, the only people who are interested in the details of my daily life are other moms who are or will soon be tackling the same adventures of parenthood I am. I get it—hovering ten feet over the water at dawn while Navy SEALs jumped out of my cargo door was, technically, more exciting than my current typical morning activity: seeing how much personal hygiene I can accomplish in a single episode of Mickey Mouse Clubhouse (Look! Smooth armpits!). But if our culture wants to mean what it says—that my life now, as a mom, is at least as important as my previous life as a military officer—shouldn't we muster up a little more genuine interest, a little more sincere respect and admiration, for what moms do? I can tell you this: there have been challenges I've faced as a parent that were much more intense tests of my stamina, mental discipline, stoicism, and courage than anything I faced during my nine years on active duty. America pretends to know this truth, but it doesn't, not really.

And if the difference between what people think about my previous career and what they think about my current life is what feminist philosophy refers to as "the personal," the nationwide "Hooray for Moms" meme is "the political," and might be even more aggravating. The political parties—particularly the GOP—love women and simply adore moms, but they don't seem to want to hear about what it's like to be a woman, or what's hard for women, or what's important to women, or to do much work towards making life better for women. This is why "women's issues" get special billing, why they are cast (especially, it seems, by Fox News) as side issues or mere distractions that political strategists deploy periodically to confuse and agitate the voting masses for calculated, sinister ends. Stop whining about these things that don't matter, the Right seems to scold, (like your health and your rights and your bodies and your children), and focus on the real problems we face!

But here's the thing: I face more problems than just the slumping economy. Yes, the economy matters, but it doesn't exist in a bubble. This, of course, is something that motherhood has taught me: If I am concerned about, say, my family's credit card debt, but my toddler is cutting four molars at once, and my husband's car has a check engine light on, and the front yard sprinkler system is leaking underground, and my best friend is having trouble getting pregnant, and I desperately need to get to a chiropractor but there is never enough time for an appointment, I don't sit around staring at my credit card bills, pretending that the teeth and the car and the yard and my friend and my backache DON'T MATTER. Like managing the life of a family, managing the work of a nation must not be a zero-sum game: we can care about national security AND getting BPA out of plastics; about creating more jobs AND making it easier for women to have a reasonable work-life balance.

So, anyway, I'll stop circling my soapbox and just land here now: if an issue is important to you, then it's an important issue, and it's one you can and should consider as you head to the ballot box. Politicians and the media don't get to pick which issues are serious and worthwhile, the American voter does. They also don't get to tell us how much they love us, respect us, value us, worship and adore our Deep, Powerful, and Everlasting American Mommyness while also ignoring the realities of actual mothers' lives, as expressed by those mothers.

Our lives as mothers do matter, just as much as any other lives matter. The work we do is as meaningful, our worries are as valid, our struggles as legitimate, our priorities as pressing as anyone else's. Don't get me wrong—I'm very happy that the GOP loves us, and that the DNC respects us. Now it's time to make sure they listen to us.