Medicaid at 50: Five Decades of Working for Kids 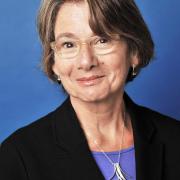 Judith Solomon
Share This
Add your voice to the comments

Today marks the 50th anniversary of Medicaid, the program that provides health coverage for low-income kids and families, as well as seniors and people with disabilities.

Medicaid is funded jointly by the federal government and the states and provides cost-efficient and effective coverage for its beneficiaries by paying hospitals, doctors and other health care providers for the services they deliver to eligible patients.

Across the country, nearly 33 million kids get health care through Medicaid — that’s two out of every five kids in the United States. You can see how many kids and families in your state benefit from Medicaid here.

Medicaid covers low-income pregnant women, making it easier for moms to have a healthy pregnancy and covering hospital stays when babies are born. In fact, Medicaid helps more than 1.8 million babies get a healthy start in life each year.

As they get older, children covered under Medicaid are able to get the preventive screenings and vaccinations they need to stay healthy and to see a doctor and receive needed care when they get sick.

Access to preventive care — and timely coverage in the case of illness or injuries — makes a world of difference in the lives of children covered by Medicaid.

For one thing, these children are generally healthier than those without insurance and miss fewer days of school due to illness or injury. This enables kids to perform at a higher level in the classroom.

Research has shown covering more low-income children on Medicaid between 1980 and 1990 had a dramatic impact, equivalent to cutting today's high-school dropout rate by between 9.7 and 14 percent.

That same research also shows that kids covered under Medicaid are more likely to attend and graduate from college. They also have higher earnings as adults.

And adults who were covered under Medicaid as kids live healthier lives, experiencing fewer emergency room visits and hospitalizations.

Since families know they can rely on Medicaid to provide high-quality health coverage for their children, participation is high: More than 87 percent of eligible kids participate in Medicaid or the Children’s Health Insurance Program (CHIP).

Together, Medicaid and CHIP have dramatically reduced the ranks of uninsured children. The share of kids without health insurance coverage dropped from 13.9 percent in 1997 to 6.5 percent in 2013.  In comparison, 20.4 percent of non-elderly adults were uninsured in 2013.

On top of the many benefits for kids, Medicaid is also important to parents. It improves financial security, since people with Medicaid are less likely than those without insurance to go into medical debt or leave other bills unpaid to cover medical costs.

Under the Affordable Care Act, states can expand Medicaid to cover adults up to 133 percent of the poverty line. States that have done so are saving money and seeing large gains in health coverage, especially among low-income parents.

While there’s more to be done to cover all eligible kids and their families, Medicaid’s 50th anniversary is a milestone. Today, we celebrate five decades of progress for millions of low-income kids who are better off with Medicaid’s high-quality health coverage.