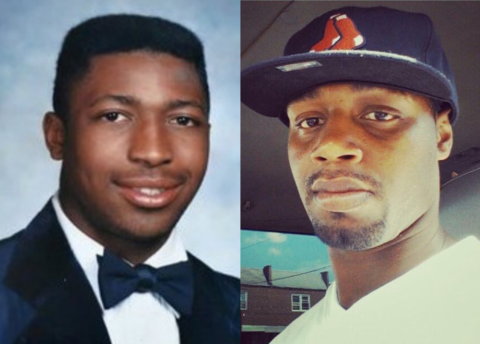 Two fathers lost their lives to police misconduct and yet, no police officers have been held accountable.

Mayor de Blasio made many promises in his campaign to lead New York City. Central to his platform was police reform, increased transparency, and greater police accountability. Leading up to his election he signaled that he would be a champion for justice. However, since his election, our city is experiencing unprecedented levels of police secrecy and families who have lost their loved ones at the hands of the police have yet to see justice. Two clear examples of these broken promises are the handling of the killings of Eric Garner and Delrawn Small.

We need Mayor de Blasio to fire the NYPD officers who killed Delrawn Small in July 2016 and Eric Garner in July 2014. This includes Daniel Pantaleo, the officer who killed EricGarner, as well as all other officers involved in Eric’s killing, and Wayne Isaacs, the officer who shot and killed unarmed Delrawn Small in front of members of his family, including his infant son. Take action now!

No family should have to suffer losing a loved one at the hands of those charged with protecting them. Yet, it’s been nearly 5 years since Eric Garner pleaded for his life and cried, “I can’t breathe” eleven times as officer Pantaleo pounced on him and put him in a chokehold. There were other officers who either physically restrained Eric, or watched and failed to intervene. Although Garner’s death was ruled a homicide, Pantaleo and other officers who engaged in misconduct walk free. Pantaleo still holds his position with the NYPD and has even been rewarded through annual pay raises. How could this be?

The mother of Eric Garner, Gwen Carr released a statement stating, “I am calling for disciplinary charges and the firing of all NYPD officers who used force against my son Eric during the unlawful arrest, lied in official reports, and engaged in other misconduct. It's outrageous that, almost five years later, these officers haven't even been charged by the NYPD.  These delays are part of the overall cover-up by the NYPD that de Blasio is allowing…”

In July 2016, two years after the killing of Eric Garner, Delrawn Small was shot three times in front of his family by NYPD Officer Wayne Isaacs who was driving erratically and putting Delrawn’s family and other drivers in danger. Instead of calling an ambulance for Delrawn, Isaacs called 911 with a false story of having been attacked without mentioning that he had just shot someone who required immediate medical attention. Isaacs provided no aid and left Delrawn to bleed out in the street. Outrageously, Officer Isaacs was acquitted of all criminal charges in November 2017, serves on active duty and is not facing any discipline charges in the murder of Delrawn Small.Again, how could this be?

ACT NOW and tell Mayor de Blasio that he is sending a dangerous, yet familiar message that Eric Garner and Delrawn Small’s lives do not matter. When police officers abuse their authority in our communities, we are left vulnerable and unsafe. We need community safety and justice, not abusive policing.

Ms. Carr and Victoria Davis, the sister of Delrawn Small, say, “We both lost loved ones to police murder and misconduct while Mayor de Blasio has been in office and have yet to see any justice or accountability. We must deal with the pain of that loss every day… We are at the center of efforts to make the NYPD more accountable and transparent to communities of color, and to ensure that NYPD officers who commit murder and misconduct face real disciplinary consequences. Our work is urgent and vital because de Blasio has a failed record on police reform.”

Current NYPD tactics not only perpetuate hyper-aggressive enforcement of minor non-violent infractions, but promote discriminatory and abusive profiling and harassment of communities of color, women, immigrants, people without homes, people who identify as LGBTQIA+, people with disabilities, and Muslim communities.

Your voice is powerful and together we will continue to lift up the cases of Eric Garner and Delrawn Small and join their families in fighting for justice.