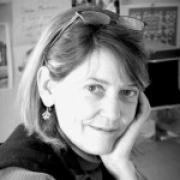 Judith Gille
Share This
Add your voice to the comments

“Obama escucha! Estamos en la lucha!” the crowd chants and I chant along, imploring President Obama to listen up and take our fight seriously. It’s May Day 2010 and I’m in Seattle marching down Jackson Street surrounded by a sea of Mexicans with Guatemalans, Hondurans, and Nicaraguans scattered among them. Only a handful of other non-Latinos, like me, have shown up to march.

A half-hour earlier, I asked my husband to drop me off at Judkins Park, so I could join what I assumed would be a small group of protesters demonstrating against Arizona’s new draconian immigration laws. But a great swell of people was already flowing westward down Jackson Street by the time I arrived and it grew larger by the minute as people with strollers and signs and Mexican flags funneled in from the side streets. From 23rd Street clear down to Eighth Avenue in the International District, masses of people were marching in solidarity. Banners identifying home states in Mexico were held high and with evident pride. Zacatecas, Oaxaca, Guerrero, Michoacán. For nearly everyone there, English was clearly a second language.

A boy marching nearby, maybe eight or nine years old and wearing a Mexican soccer jersey, stares at me as I marched along, chanting in Spanish.

“Why does she talk like us?” I hear him ask his father.

Porque ella tiene el corazón de una Mexicana, I want to tell him. It’s what my friend Gracia said about me when someone in the callejón where I live in Mexico asked her why I always side with the Mexicans on immigration issues.

I strike up conversations with the people around me as we march along. A young man from Zacatecas proudly shows me his I.D. card from the King County Parks Department. He tells me he, too, crossed the border illegally but eventually managed, through great effort, to obtain a green card and a job as a gardener for the county.

“I can’t believe how many Americans have come out to march,” he says, pointing to the three or four white people visible in the crowd of marchers.

“Americans are brown-skinned too,” I remind him, thinking not only of the many Latino-Americans living in Seattle but also of my daughter and her friends who are Asians, Pacific Islanders, Ethiopians, and African-Americans. He nods and chuckles at my increasingly truthful statement. The one some Americans are loath to acknowledge.

“Un pueblo unido, jamás sera vencido” he chants the phrase slowly so I can catch hold of it.

I do and we march on, chanting in unison, reminding anyone who will listen that a people united can never be defeated. If only we Americans could ever truly achieve the united part. The part even this country’s founding fathers lacked the will to resolve.

Just beyond the Fairmont Olympic Hotel on Fourth Avenue, we pass an affluent looking Latina who appears to be about my age. She is standing on the corner, dressed in a navy blue business suit and high heels. As we file by, I notice tears rolling down her cheeks as she stands silently watching the marchers. I wonder, what is her story? How long has she lived in the U.S? Twenty years? Forty? Did she, or her parents or grandparents cross the border illegally?

It seemed America had been good to her, at least financially. But what had it cost her and her family emotionally? Had it cost them the loss of country, identity, and language? Had it cost them a sense of belonging, rootedness, and history? Was that the price they’d had to pay? The price so many immigrants, legal or illegal, must pay. And I wonder if, after paying such a price, were her parents or grandparents then treated like criminals, or as dangerous, disingenuous, and untrustworthy? I imagine her tears would fill a lifeboat.

The march ends by the grassy slopes of the Olympic Sculpture park and the crowd begins to  disperse . When a young woman from Guerrero, pushing a three-month-old in a stroller, walks over and thanks me for marching with them, I too feel like crying.