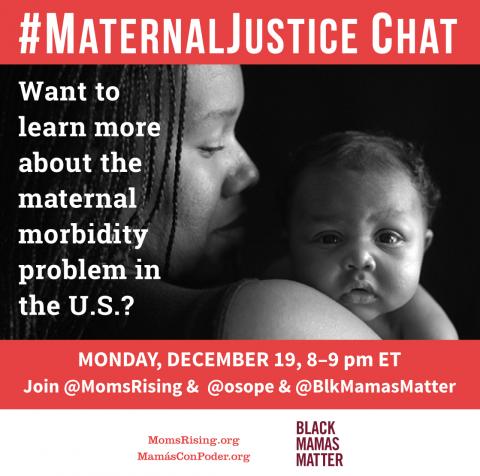 International rates of maternal morbidity have been decreasing, however in the United States it's a different story.

Pregnancy leads to the deaths of over 600 women each year in the US and US maternal mortality is at the worst it's been for 15 years. For black women, the outcomes are even worse, with maternal death rates being 4x times higher than for white women, a rate that has basically gone unchanged since 1915.

Join us this Monday, December 19th from 8-9pm ET on Twitter to discuss the rising maternal morbidity/mortality problem in our country with a focus on the disparities facing black women.
Hear from @osope and @BlkMamasMatter and other activists, organizations and Moms. Share your resources, information, stories and questions...we want tpo hear from you!

Tweet: Join @MomsRising, @BlkMamasMatter  & @osope 12/19 8pm ET to discuss maternal morbidity/mortality at our #MaternalJustice tweetchat. Pls Rtwt
Important Reminders
All tweets must include the #Maternal Justice hashtag to be part of the Twitter chat stream.
Retweet questions that you are responding to, so your followers can follow the conversation even if they’re not following the chat.
Responses should include the question number you are referencing (A1, A2, etc.). If a response has more than one answer, be sure to number them in sequence (ex: A1.1, A2.3)

More Info about our Tweetchat Partners: 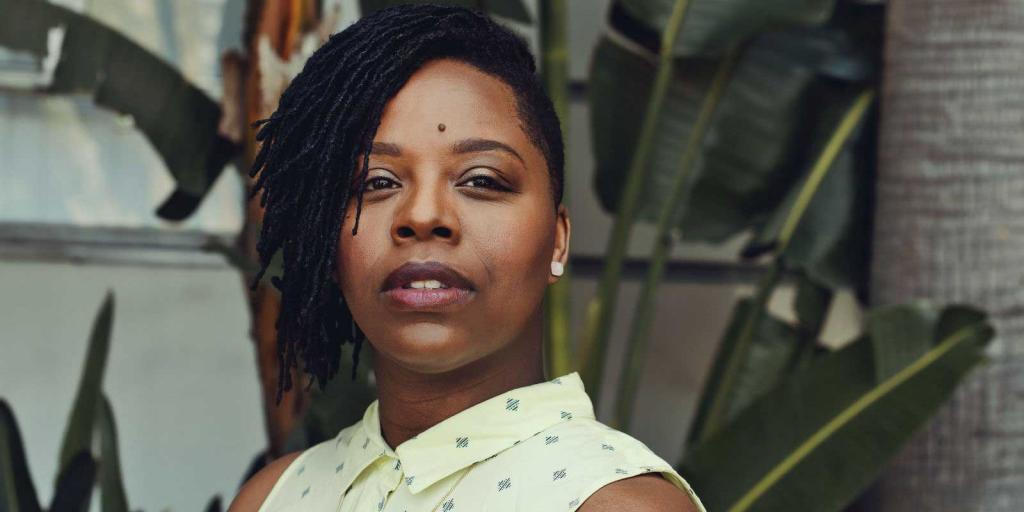 Patrisse Cullors is a artist, organizer, and freedom fighter from Los Angeles, CA. Cofounder of Black Lives Matter, she is also a performance artist, Fulbright scholar, popular public speaker, and an NAACP History Maker. She’s received many awards for activism and movement building, including being named by the Los Angeles Times as a Civil Rights Leader for the 21st Century. She the Senior Fellow for Maternal Mortality at MomsRising

To learn more about Patrisse, go to www.patrissecullors.com, Also connect on Twitter. 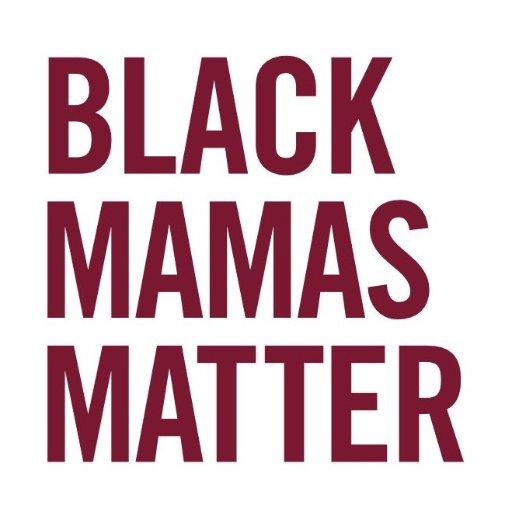 Black Mamas Matter Alliance is a cross-sectoral convening of leaders on Black maternal health. While the Black Lives Matter movement grew out of responses to police violence perpetrated on black communities, it has led to increased scrutiny of a constellation of factors that put the bodies and lives of black men, women, and children at risk. One of these factors is lack of access to good-quality health care, which is both a symptom and a cause of deepening social inequality.

This past June, reproductive health and justice advocates organized a convening in Atlanta called “Black Mamas Matter” to better understand and address this glaring crisis. More than 20 experts working on maternal health came together to discuss current approaches and coordinate future action on black maternal health.
To learn more about Black Mamas Matter, go to https://www.reproductiverights.org/feature/black-mamas-matter, you can check out their toolkit here. Also connect on Twitter.