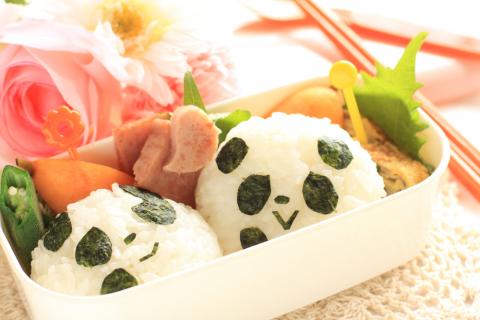 Where I live, school lunches used to be pretty gross. But I have to admit, I didn't know what horrible shape school lunchrooms were in all across the country until I watched Jamie Oliver's Food Revolution. On the 2010 TV show, the British chef was on a mission to incorporate fresh fruits and veggies in the lunches at a school district  that was struggling with really high rates of nutrition related diseases. Oliver was shut out by school officials who argued that things like the tomato paste on frozen pizzas and ketchup counted towards the students' vegetable quota.  These arguments weren't made up just for TV----the school officials were quoting actual Congressional approved policy.

In recent years, Oliver and other food justice activists, concerned school officials, the White House, the USDA, and most importantly, parents, have worked to change the nutritional value in school foods and they've had a big impact. Just last year, parents, students, and many school leaders celebrated as the USDA updated nutrition standards for school lunches for the first time in 15 years, ensuring that students eat more fruits, vegetables and whole grains and avoid sugary snacks and foods that are high in fat or sodium. The vast majority of schools (90 percent) are already meeting the standards and serving healthier choices to the 31 million students who eat school meals every day.

Unfortunately, in a game of political football, some members of Congress are moving to weaken these standards and take our kids back to pizza and French fries every day of the week. Specifically, the measures proposed this week would allow schools to:

First Lady Michelle Obama announced recently that efforts like the update school meal standards have helped turn around those horrific statistics that this generation of school children are the first to have a  shorter life expectancy than their parents. We celebrate these victories and must continue to push for more improvements as type 2 diabetes and hypertension continue to affect African American children at higher rates. It's unfortunate that Congress is considering playing dangerous games by allowing lobbyists, who don't even pretend to care about the health of children, to set nutrition standards in schools. Our kids deserve better.

Tell your Member of Congress to put children’s health FIRST by maintaining strong nutrition standards for school meals and snacks!

Monifa Bandele is a Senior Campaign Director at MomsRising.org