Listen to Mary: "Our lives depend on ending the government shutdown." 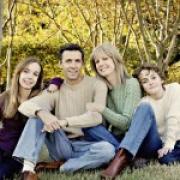 Mary Gugich
Share This
Add your voice to the comments

For the past two and a half years, I have been living with advanced breast cancer while working full time and raising a family. I have endured three surgeries and four different chemo regimens. My cancer initially responds well to each new treatment but then finds a way around it.

I am running out of treatment options and was hoping to enroll in a National Cancer Institute clinical trial next week. There, a promising new trial drug could extend my life by another 12-18 months. That time would allow me to see my daughter graduate from high school and my son play another season of soccer. It would allow me to celebrate another year of family birthdays, holidays, and anniversaries. But the senseless government shutdown has closed all clinical trials to new enrollees.

If the PET scan I had this morning shows that my disease has progressed on my current chemotherapy treatment, I will have to decide whether to try to wait out the shutdown while my cancer spreads throughout my body, or whether I should move on to a standard chemo, thereby giving up my chance to ever try this promising new trial drug. I feel like I am being robbed of precious time with my loved ones by the childish tantrums of the extreme right wing of the Republican Party. They are holding America hostage because they disagree with a law that was passed by majorities of the House and Senate, was signed into law by a president who then won reelection, a law that was upheld by the Supreme Court.

Adults and children living with cancer need access to clinical trials restored immediately. Our lives depend on it.