Let’s Not Leave Workers in the Cold this Holiday Season 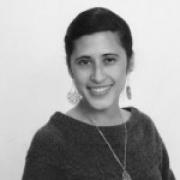 Kety Esquivel
Share This
Add your voice to the comments

Earlier this year I was helping out with the census. I was working late night shifts, early morning shifts, all kinds of shifts and was blown away by the people that were there working on the census with me. I was doing the job because I wanted to make sure that I was helping with the process. The others who were there cared tremendously about this as well but in addition they were relying on this job to bring home the bacon. In the midst of all of the work that we did, I got to know some pretty amazing people and was touched by their stories.

I remember working side-by-side with the security guard who had been laid off from his job and was having a really hard time trying to find work again. There was the elderly woman who was in many ways our matriarch and had worked at what seemed like everything. There was the small business entrepreneur who was trying to keep her cleaning business afloat in this difficult economy and who was working the graveyard shift with me in order to not lose her business (or her car).

I remember the day that we were laid off was a very difficult day for many. We were called in waves so my group knew what was about to happen. Folks started talking about how difficult it was to find a job in this economy and how worried they were since jobs were so scarce. For many, the census work had provided a brief respite from the challenging economy. When the census work ended, many of those hardworking people ended up empty-handed and without a job.

They were hardworking people, but there was nowhere for them to go to. The only recourse that they had was unemployment.

Unfortunately this is the story for many in our country today. We are in the midst of a tough economy. These are hard times. Hardworking people cannot find employment, and unemployment allows these hardworking Americans to keep food on their table and take care of their families while they look for work. Folks are trying to make a living and have hope that things will get better. But until they do, Congress needs to step in and help. If they don't, 2 million workers will be cut off from federal unemployment benefits this holiday season and millions more after the New Year. We should not let this happen. We will turn a corner as a country, but until we do, we need to help each other.

Kety Esquivel is a contributing staff writer at Ogilvy PR. She has more than 15 years of experience in the non-profit, private and political sectors.