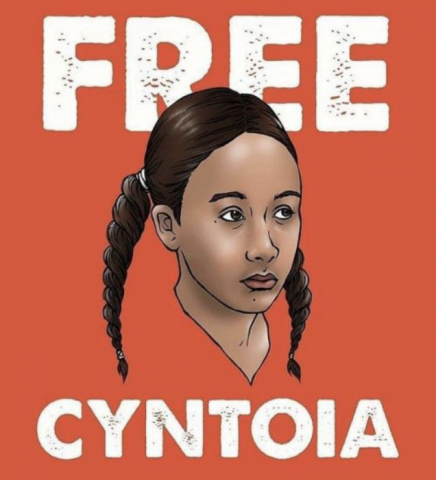 Cyntoia Brown is a girl who our justice system failed.  A sex trafficking victim who after days of being abused and drugged by her captors, was sold to a 43 year-old armed child predator. She feared for her life. She defended her life.(1) This is Cyntoia’s story. The story of a victim who found the courage to fight back. The story of a victim whose courage and whose trauma was ignored by a system that was supposed to protect her.  A system that, instead of protecting, sentenced a child sex trafficking victim to life in prison because she defended herself. Cyntoia Brown has been locked away in prison since 2004 and has been fighting for her freedom ever since.

In 2012 and again in 2016, the U.S. Supreme Court ruled that life without parole for juveniles—or those who committed crimes before the age of 18—was unconstitutional.  The ruling affected thousands of juveniles sentenced to life across the country.[2] Tennessee, a state that has not revised its laws to allow people sentenced to life as juveniles to apply for re-sentencing, has left Cyntoia Brown and others convicted as juveniles to languish in Tennessee prisons for at least half a century. Tennessee’s law allows for the possibility of parole after serving 51 years for everyone sentenced to life in prison, a controversial cookie cutter approach that harms juveniles, by effectively reinforcing life sentences for people like Cyntoia.  This means that Cyntoia would have to wait until the age of sixty-seven for the opportunity to convince a parole board to allow her another chance at life. This is not justice, this is a life sentence in another form. This is freedom denied.

In May of this year, the six-member Tennessee Parole Board was split on their decision to grant her clemency once again denying Cyntoia her freedom. [3]  Now the decision rests in the hands of Tennessee governor Bill Haslam. Cyntoia, her loved ones, and concerned communities across the country are anxiously awaiting his decision. Governor Haslam must do what is right and free Cyntoia Brown.  Releasing Cyntoia from prison will be an important step towards justice and an affirmation of Cyntoia's dignity and humanity. Furthermore, it will be an important first step in ending juvenile life sentences.

Please also consider calling Governor Bill Haslam's office at 1-615-741-2001! Here is a script and some tips to help!

Here's what to say when they answer:

A couple of tips to keep in mind:

Together we are powerful! #Clemency4CyntoiaBrown