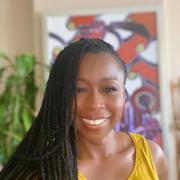 Children are the most vulnerable people on the planet. According to a 2002 World Health Organization report, 150 million girls and 73 million boys experience sexual abuse. Right here in the United States, child sexual abuse is rampant. Often, these abuses take place right in the homes and communities where children of all social and economic backgrounds live –places where they are supposed to be safe. To make matters worse, predators also violate children within the confines of some of the most prestigious and powerful religious and educational institutions in the country – the very places where they are often sent to seek refuge from unhealthy neighborhoods or home environments.

This reality was once again painfully illustrated this month at Penn State. Gruesome details surfaced of a 15 yearlong series of child sexual assaults. Long time assistant coach and mentor, Jerry Sandusky allegedly sexually assaulted 18 children participating in a charitable program he co-founded for disadvantaged youth, The Second Mile. According to a grand jury report, these abuses even took place right on the campus where he worked. Is any place safe for our youth?

The average salary of a Division I-A college football coach is $1million. [1]

Football programs at top college and universities earn from $7 - $120 million in profits per year. [2]

In the state of Pennsylvania, the fine for failing to report child abuse is $200.

Sexual assault is about power.

Joe Paterno was arguably one of the most powerful men in the state of Pennsylvania. Like, he could pick up the phone and call the governor. During the later part of his 46-year tenure at Penn State, he didn’t fear job security. He was more powerful and popular than the school’s president [5].

And so, there it was. The moment came when the most vulnerable could be protected by the most powerful. A child was raped. Five people knew about it. Their relative power spans the pendulum of influence First there was the boy – afraid, naked and 10.

Besides the alleged rapist – Jerry Sandusky and whistle-blower –Michael McQueary, the others were:

• Tim Curley -- the athletic director, highly educated, 20yrs on the job, former president of the National Association of Collegiate Directors of Athletics;

• Joe Paterno – 80, won more games that any other coach of a college subdivision, so powerful, popular and loved that students went into a frenzy over his firing before lighting a single candle for the children violated on their campus.

Three intelligent men with hand and feet capacity, agency over the police, access to the very top executive in the state of Pennsylvania and power did nothing.

Was no one able to protect this child? Was no one willing?

Football is one of those games where players are taught stop at nothing to achieve their goal. When another challenges a player’s path, he either goes around him – or runs right over him. Players and coaches who let nothing stand in their way are greatly rewarded – money, power.

For some, success in the game means everything. I fight for a world where children mean everything: Their safety is the number one goal and their worth outweighs money, power, and football.