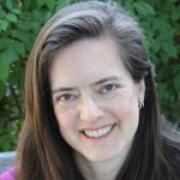 Kimberly Weisul
Share This
Add your voice to the comments

At a recent business dinner, I was seated next to a woman who had founded  a venture-backed startup. Her company was about four years old, and had raised tens of millions of dollars.

I’m an editor-at-large for Inc and Inc.com. At Inc, we write about entrepreneurs, and about burnout. So I asked her, “We always hear that being an entrepreneur is a 24/7 endeavor. But you’ve been doing this for years, and no one can work all the time without burning out. What do you do to stay sane?”

At some point, I thought, everyone needs a break. Even people who claim they only need four hours’ sleep each night generally take big naps during the day. So I tried again. “Look,” I said. “If you ask me, I’ll tell you I work all the time. But the truth is it’s very hard to get me on the phone or on email between 5:30 and 8:30 on a weeknight. That’s when I see my kids. I’m back online by 9:00, but I don’t literally work all the time.”

“Well, I work an awful lot,” said my dinner companion. “There’s no other choice if you want to run a company like this.”

Forget it, I thought. Maybe she didn’t like me; maybe she worried that one of her investors, also at the dinner, would overhear her talking about doing something other than making money for him.

Near the end of the dinner, there was a lull in the conversation, and she turned to me and said, “So you have kids? How old are they?”

Why is it not fair? A few reasons, but most surprisingly, because it turned out she did have kids, and they are about the same ages as mine. And she still would not cop to having a great nanny, or a husband with a super-flexible job, or even understanding business partners. It was as if she admitted she had kids, but really, they didn’t exist.

We Have To Do Better Than This

I know that talking about your kids in a business setting is toxic. I have worked at places where very few women had kids, and I didn’t have pictures of my children in frames on my desk. Because I knew full well that every time some bigwig saw that photo, he’d assume I was less devoted to my job than the person at the desk next to me -- even though he himself had two or three little ones running around at home.

It’s not just the wandering bigwigs we hide from. Women aren’t honest with each other either, as my dinner conversation proved. Anne-Marie Slaughter, the former director of policy planning for the U.S. State Department, a professor emerita at Princeton, and currently chief executive of the New America Foundation, eloquently tackled a piece of this in her article for The Atlantic, titled “Why Women Still Can’t Have It All:”

Women of my generation have clung to the feminist credo we were raised with, even as our ranks have been steadily thinned by unresolvable tensions between family and career, because we are determined not to drop the flag for the next generation. But when many members of the younger generation have stopped listening, on the grounds that glibly repeating “you can have it all” is simply airbrushing reality, it is time to talk.

Almost no one who has achieved any significant success in the corporate world is honest about how hard it is to raise kids and have a big job, or how much you have to outsource and sacrifice if you want to hold down a big job and raise kids at the same time.

That’s why it infuriated Real Simple Managing Editor Kristin van Ogtrop, among others, that Facebook Chief Operating Officer Sheryl Sandberg, who holds herself up as a model for career-driven women, won't talk about her childcare arrangements. Read Sandberg’s Lean In, and the message is clear: Women need to try harder, and they need to marry men who will support them in their careers. Sandberg gives the impression that she herself succeeded by trying harder and marrying the right guy.

I am sure Sandberg does try harder. Absolutely. But I would bet my bottom dollar that she also has a fleet of “help” at her beck and call: Not just the housecleaner and the nanny but probably a driver and a back-up nanny. Her refusal to talk about it, and what it costs, is dishonest. It’s one thing if you’re the COO of Facebook and a multi-millionaire. What if you’re a social worker trying to have a career and a family? That level of “help” is just out of the question. You can’t Lean In if it means your three-year-old has to drive herself home from pre-school.

But if no one ever talks about it -- if successful women don’t even talk to each other about it -- then these problems seem to be in the same realm as whether you used Care.com or Sittercity to find your third nanny in as many years.

It’s a bigger issue than that. The New York Times recently ran a chart showing the workforce labor participation rate of women in a number of industrialized countries. In Sweden, Denmark and Norway in 1990, the percentage of women in the workplace was well above that of American women. In 2010, with women’s workforce participation rates in those countries between 84 and 87 percent, they continued to out-work women in the U.S.

During that same time period, the share of women in the U.S. who worked outside the home hardly budged, to about 75 percent from maybe 74 percent. Bring that number up to match that of U.S. men, and you could add five percent to the country’s gross domestic product, estimates a study from Booz & Co.

Meanwhile, in France, Germany, Italy and Spain, the percentage of working women has dramatically increased and now surpasses that of the U.S. In 1990, less than half of Spanish women worked outside the home; now about 78 percent do. Meanwhile, in Germany, about 65 percent of women were in paid work in 1990; that number is now in the low 80s.

This column originally ran on One Thing New, the digital media start up that is rebooting women's content.