Kids Before Corporations: Why Tax Reform Matters for Moms 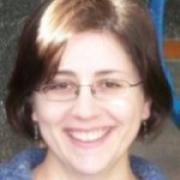 Last week Sen. Carl Levin (D-MI) introduced the Stop Tax Haven Abuse Act, S. 1533. It might not seem obvious, but Sen. Levin’s bill, which would close corporate tax loopholes and eliminate incentives for shipping jobs and profits overseas, would be a HUGE help for families and children in America.

You might be asking yourself: What do tax havens have to do with motherhood and raising a family? Fair question. When corporations hide their profits offshore and avoid paying their fair share of taxes struggling families have to pick up the bill. On top of buying school supplies, groceries and gas, now we have to pay more to compensate for the money that’s drained from the economy when companies like FedEx and Apple dodge their taxes.

If that seems unfair to you, then help us pass the Levin bill, so we can close those offshore tax loopholes.

In case you’re still fuzzy about why this matters to moms and families, here are two really important ways this bill can make it easier to make ends meet:

1. It can raise at least $220 billion in tax revenue over the next 10 years. We can use that money to protect benefits and services that families depend on. This year 57,000 of our kids couldn't enroll in Head Start, because the program was cut by $400 million under the across-the-board spending cuts mandated by Congress. The kids who can go to school are spending their days in rundown buildings without enough teachers. Last week, the U.S. House of Representatives, largely on a party-line vote, cut $39 billion from SNAP, the Food Stamp program that helps millions of moms keep their kids from going hungry. Why should moms and families sacrifice and suffer while corporations can hide billions in tax havens to avoid paying their taxes?

As moms, we teach our kids to take responsibility and do the right thing. America’s largest corporations should do the same. While working families and single moms are struggling to pay their bills, General Electric didn’t pay a dime in federal taxes in four recent years. It’s wrong that your family paid more in taxes than a company that makes billions of dollars a year.

FedEx’s effective income tax rate was just 4.2% on $9 billion of profits over the last five years. Those of us in the middle-class making $50,000 a year or so have a 15% federal income tax rate.

It’s time that corporations play by the same rules as the rest of us, instead of gaming the system to avoid paying their fair share. Levin’s bill will level the playing field and allow us to make critical investments in healthcare, education for our kids and in medical research and rebuilding our infrastructure to strengthen the economy.

2. It will keep jobs in the United States. Moms work harder than anyone else to make sure their kids have everything they need to thrive. But when the tax system provides tax breaks for corporations to move jobs and operations overseas, many moms lose the opportunity to work at all. These corporations shut their plants and their offices here, send out their pink slips and set up shop in a country where the tax rate is a lot lower. And our tax dollars subsidize it!

When we close the loopholes that make moving jobs overseas so easy and profitable, we’ll get an economy that works for all of us. The Stop Tax Haven Abuse Act will help keep those jobs here in the United States and help families to keep working.

As you know, nothing happens quickly or easily in Congress. Getting this important bill passed will be an uphill battle, but I know moms and their allies are up for the fight. If we want to do what is right for kids by making corporations pay their fair share, we are going to have to band together and start making noise.

Get started by signing our petition supporting the Stop Tax Haven Abuse Act. Let Congress know what matters to moms: Kids over corporations -- I support Sen. Levin’s bill that will close corporate tax loopholes that ship jobs and profits overseas.

Let’s invest in America instead.