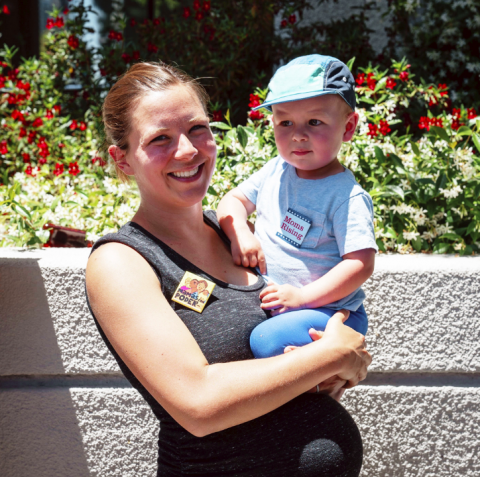 Trump’s nomination of Brett Kavanaugh is a direct attack on our health care and on women, moms and families.

Kavanaugh Nomination Is an Attack on Women, Moms and Families

The moms of America recognize President Trump’s nomination of Judge Brett Kavanaugh as the direct attack on women’s rights and freedoms that it is. If he is confirmed, Kavanaugh would alter the balance on the U.S. Supreme Court in ways that cause lasting damage to our ability to live and work free from discrimination, to get the health care and education we and our families need, and to block President Trump’s sexist, racist, xenophobic, anti-immigrant agenda.

The U.S. Supreme Court ended its term last week with a trio of terrible rulings: a 5-4 vote to uphold President Trump’s Islamophobic and destructive Muslim Ban; a 5-4 vote that will harm unions and the workers who count on them; and 5-4 vote damaging women’s ability to get the reproductive health care they seek. If the U.S. Senate confirms Kavanaugh, we will face many more rulings that damage our lives and our country for generations to come.

With the Trump administration working every day to sabotage the Affordable Care Act (ACA), our and our children’s health care is very much on the line. One more U.S. Supreme Court justice supportive of Trump’s agenda could mean 130 million people with pre-existing conditions lose their health insurance coverage. A tremendous amount is at risk for women and families, in particular: Being able to choose if we want children, how many to have, and when to have them is core to our personal freedoms and economic security. Reliable birth control and reproductive choices that permit women to manage if and how many children we want and when we want them has been nothing short of revolutionary – not just for women, mothers and families, but for our country. It has helped to narrow the gender pay gap, improved our health and that of our families, and enhanced our access to economic and political power. This is no small matter. An article in the American Economic Journal concluded: Estimates imply that the Pill can account for 10 percent of the convergence of the gender gap in the 1980s and 30 percent in the 1990s. Yet the Trump administration wants to take away the contraceptive coverage guarantees the ACA provides and has nominated a justice with a history of diminishing women’s rights.

Trump’s nomination of Brett Kavanaugh is a direct attack on our health care and on women, moms and families. Kavanaugh is wrong for our nation. We must come together to overcome all court-sanctioned racism and xenophobia – and to build a nation where everyone can thrive. That begins with the U.S. Senate refusing to confirm Brett Kavanaugh to the U.S. Supreme Court.