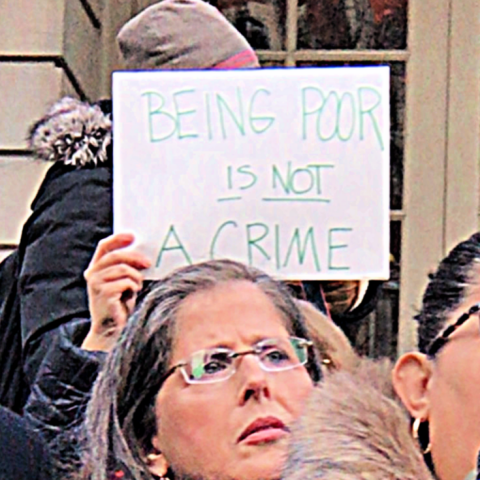 Jazmine Headley may be free, but this broken system needs to be fixed.

Diana Limongi
Share This
Add your voice to the comments

Yesterday, The Progressive Caucus of the New York City Council rallied in support of Jazmine Headley, the Brooklyn mom whose child was violently taken away from her at a Brooklyn HRA office.

If you’re not familiar with the situation, the young mom had been waiting for hours at the HRA office, and was sitting on the floor with the child. They asked her to get up, and she refused. The officer called the NYPD. Yes, you read that right. They called the NYPD. A female HRA worker called the NYPD BECAUSE SHE REFUSED TO GET UP. (Yes im screaming because I’m angry). I can tell you, I’ve sat on the floor plenty of times. Sometimes, you just can’t take standing and carrying your child in your arms. Sometimes, any mom will tell you, you feel like if you don’t sit down, you will collapse. So, you sit, you do what you can to be comfortable.

So Jazmine’s baby was taken away, and she was being held at Rikers Island (a notorious jail in NYC). Yesterday members of the NY City Council Members spoke out against the injustices that Jazmine had faced, with harsh words against those who turned a very simple issue into a larger one that ended with a mom separated from her son and in jail. Majority Leader Laurie Cumbo shared her personal story as a Black mother who has a 17 month old baby. 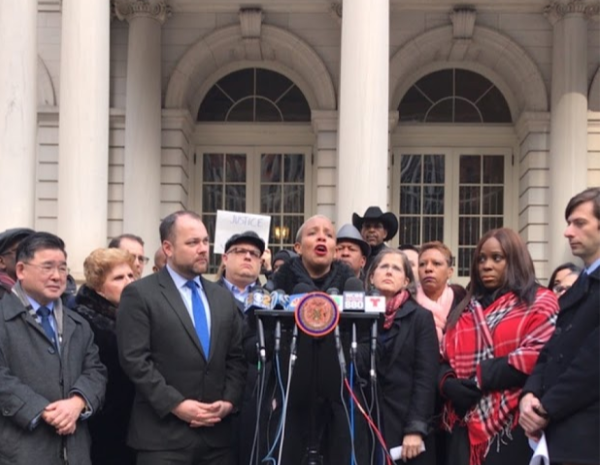 You can check out the Council Members' remarks here.

As a mom, as a New Yorker, as a Latina, I was proud to stand in solidarity with Jazmine and happy that the City Council had spoken against the inhumane way this young mom was treated. My heart aches for all the moms who are treated inhumanely when they are looking for and are in need of support.

Last night, a judge ordered that Jazmine be released. So yes, Jazmine may be free, and we celebrate. But, the work continues because this is just one mom, one situation that happened to be caught on video and gone viral. But there are many women who are mistreated every day in agencies that are supposed to be protecting the most vulnerable. Instead, many of these places and the staff at these agencies mistreat the poor, robbing them of their dignity and humanity.

being poor is not a crime.png 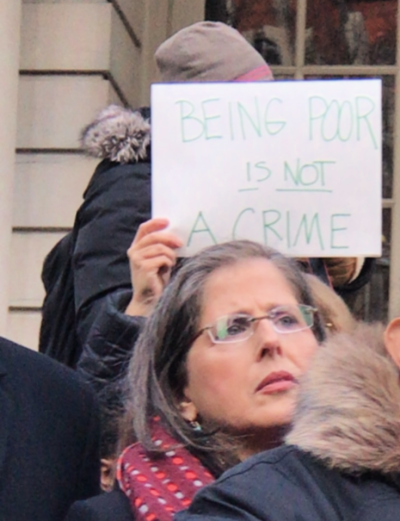 I left the rally with so many feelings. Angry, sad, confused. So many great questions were raised, questions I invite all of us to ask ourselves:

Why do we, as a society, look down on the poor?

Where is the compassion?

Why do we treat the poor as criminals?

Why is a city agency worker calling the POLICE when it could have simply found accommodations for her?

Why was Jazmine required to take a day off work to stay in the HRA office for hours to get information about her case? Surely there has to be a better way to manage cases.

Why are Black women, poor women, young mothers, treated with such disrespect?

How would this situation been different if Jazmine had been white?

All mothers, all parents, deserve to be treated with dignity, at all times, but with special care when they are navigating difficult, many times, emotional, situations like the one Jazmine was navigating.

We must strive to be a society that is empathetic to the most vulnerable. We must put ourselves in their shoes.

We must demand more from city agencies, from the NYPD, from government officials, from each other.

Poverty is NOT a crime. Needing assistnace is not a crime.

We must demand justice and that all women, mothers, children and families be treated with dignity; because we never know when we could be in a position to need help.