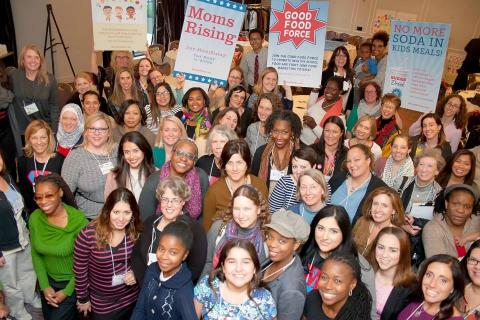 It’s Not You, It’s The System. (Which Is Why Activism Is The Only Answer) 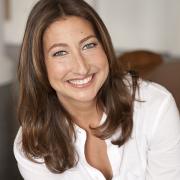 Kamy Wicoff
Share This
Add your voice to the comments

The inspiration for my upcoming novel, Wishful Thinking, about an overburdened, overscheduled and scantily supported divorced mother of two, came when I was reading the Harry Potter books with my older son. I was enjoying them immensely, and thought, “If I could give someone like me a superpower, what would it be?” (I’m a divorced mom, too.) The answer came immediately: the power to be in two places at the same time. Every working parent I know needs this power, every day—primarily because workplaces are still designed for men with stay-at-home-wives, and modern standards of parenting make any mother who doesn’t cook three-course meals every night and sew her kids Halloween costumes by hand feel like a slacker.

As my main character, Jennifer Sharpe, laments when her new boss informs her she needs to put in longer hours (hours that are patrolled by an Employee Time Clock installed on her computer, which is a real thing), she despairs.

“Her job already required her to make the fact that she was a single mother all but invisible to Bill, and that was hard enough. (Now) she wouldn’t just need to pretend not to have children; she would need to pretend to have a wife—the kind of wife even husbands didn’t have anymore.”

Jennifer, however, doesn’t push back with her boss. She simply accepts these terms as her new reality. And when what appears to be the answer to all her problems comes along—a time-travel app for her phone that lets her be in more than one place at a time—she jumps at the chance to use it. In other words, it makes more sense to her to risk time travel via wormhole than to challenge the unreasonable nature of her workplace.

I think a lot of American women feel this way. “The overwhelm,” as Brigid Schulte calls it in her thorough, smart, and important book Overwhelmed: Work, Love and Play When No One Has The Time, is viewed as an individual woman’s problem to solve on her own, and every woman I know has her own internal list of personal failures and unmet to-do’s running in a constant loop in her head. It’s easy to see how hard it is, under all that pressure, and in a country that is the only advanced economy in the world that doesn’t guarantee paid time off, and one of only 4 of 167 countries on the planet that provides no paid leave for working parents, to lift one’s head up and see the bigger picture.

But as long as we continue to blame ourselves for our exhaustion and out-of-balance lives rather than demanding change in our workplaces, our government’s policies, and even in a culture of parenting that drives us to pressure our kids as much as we pressure ourselves, the path to a happier and more well-balanced society will remain in the realm of fiction.

In the end, the heroine of my book sees this. As her coworker points out: “That’s your solution? Time travel is easier than passing affordable childcare?”

Sometimes it does seem like that’s true. It is hard to overhaul systems, to meaningfully change policies and to move the culture forward to a place where workplaces actually reflect the needs of the workers upon whom they depend. (And as Schulte makes clear in her book, companies that are more flexible have happier, more productive workers.)

But in the end, activism is the only real solution to the overwhelm. In an ideal world, Jennifer wouldn’t have felt she had to resort to the app. (Though it does make for a very entertaining novel).

She would have lifted her head up high, blaming not herself, but the system, and joined MomsRising instead.