It's not so complicated- communicate more, assume less 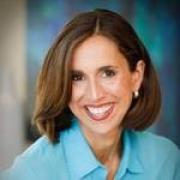 Sharon Meers
Share This
Add your voice to the comments

As I resolve to be a better person in 2010, I think about a poignant bit of paternal wisdom -- one I received from my dad via his holiday letter. My father, a retired shrink, is now 82 and closed out 2009 by shipping 1400 pounds of psychiatric texts to an institute in Beijing. Packing up this weighty load, my dad reflected on his professional lifetime and felt inspired to update his resume. My father’s CV now lists 25 pages of journal articles “documenting for the family what he did when he wishes he had been home with the kids.” I choked up a little as I read this -- because I know my dad really feels this (though I’ve told him many times that I can’t think of another guy born in 1927 who was a more engaged parent.)

I’m sure we all have male relatives (maybe a few female ones) who enjoyed full professional lives and later regret how they spent their time. At 44 and at mid-career, I know it’s dangerous for me to hope I can wend a better way -- but I do hope that. Talking this week about our book, two sets of people questioned whether you can hear the siren song of work success without betraying your family in some way. A group of young women asked me my views about female CEOs who ended up with divorce or troubled kids. Then a man in his late 40s approached me, he told me how he’d built a couple successful companies but that his marriage had ended. As we talked, he struck me as a guy with a very good heart who had simply missed cues that his wife was drifting away.

It can seem that success-versus-happy-family is an inevitable trade off. Being really good at your job can feel all-consuming. Being engaged as a spouse or parent takes a lot of time too. So yes, fitting work and family into 24 hours per day is challenging -- but I think the bigger issue is how we communicate. Research says hours are only the culprit at the extreme (one study we discuss in Getting to 50/50, shows IBM moms/dads with the lowest career-family stress work 50+ hours per week -- but get home for dinner). Studies also say that mindset makes all the difference: When men and women see their roles as more similar than different, they communicate their work/life conflict down a lot -- husbands and wives helping each other focus on what matters and learning to triage lesser things out of life (shrinking two days out of the 5-day business trip, agreeing that kids will be fine with one less activity -- and the carpooling required).

But most insightful book on modern marriage I read this year was not research-based, it was fiction. Lady of the Snakes, by Rachel Pastan, is a beautiful exploration how family life and ambition either blend or combust in our generation. Just how much passion can we have for our work without harming the people we love?

The heroine, a young professor named Jane, has a toddler, a tenure clock and a husband competing for her time. She also has a womanizing old professor as a nemesis and peers who think great work is done only by great minds freed of family. Jane resists this view but struggles to find her own middle ground. As she races against her corrupt rival to solve a historical mystery, Jane scrambles to manage the endless string of parenting tasks with her increasingly distant spouse. In her state of distraction, Jane leaves on a business trip without a functioning cell phone – on the day her child is rushed to the ER, unable to breathe.

Like many harried young parents, Jane and her husband don’t agree on standards for their family life – dinner, daycare, OR time for work. They stop communicating. They make unhelpful assumptions about each other. They almost split. What saves them? Escape from the either/or worldview. Jane solves the mystery, discovering that a landmark piece of literature (previously attributed to a man) is, in fact, the work of a beleaguered mother. Jane’s husband learns to voice what he needs more precisely -- learning that clarity about what’s important lets work and family more happily co-exist. He tells Jane that he just needs two things from her: He wants his old wife back, the one who wasn’t tormented by a “black cloud” of overwhelmed-ness -- and he wants her to loosen up about domestic duties (anxieties that feed the cloud). Jane’s husband tells her he really doesn’t mind if she’s work-obsessed now and then. (For examples of how candor and communication help marriage--Merryl Streep's, yours and mine- please see our piece in today's The Huffington Post.

Last weekend, my spouse sounded like Jane’s. Out for a rare date night, my husband Steve asked me how I felt about last year and what I hoped to accomplish as I jump back into corporate work. With wine-liberated abandon, I told Steve what I’d like to do with the next decades of my life -- and I was relieved to see two things. First, that I sounded as wild-eyed and energized as I did when I started my first job -- despite having learned the hard way that every climb is more difficult than it looks. Second, that Steve enjoys my ambition. I just need to keep Jane’s lesson in mind: That when your work heats up, when things get frustrating at home -- that’s exactly the time to talk more (and not less) with the people you love.